At the glorious Goldsmith’s Hall, Larry joined the great and the good at the 2014 Hudson’s Heritage Awards, celebrating the best that Britain’s historic houses have to offer…

It was a fitting location to celebrate the best of Britain’s heritage. One of the country’s finest architectural treasures, a gleaming Goldsmith’s Hall, was the centrepiece of the Hudson’s Heritage Awards ceremony yesterday, celebrating and applauding the best in show among Britain’s historic sites. 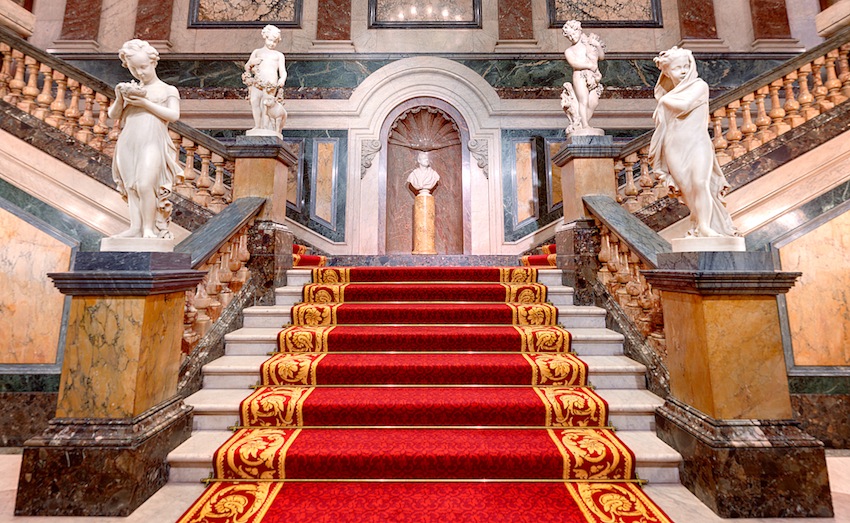 Given the age of most of the contenders it may seem an oddity that these are still in their infancy – this is their 4th year – and, as far as awards’ season goes, the Hudsons may not be on everyone’s lips, but they should be. The UK’s 5th largest industry, heritage tourism is worth £20 billion in the UK with 4 in every 10 foreign visitors citing it as a reason to visit the country. Domestically, too, we’re clearly a proud bunch – as I type, The Dambusters’ March is currently playing on Classic FM – in 2012, three quarters of the adult population in the UK visited an historic site.

Established in 2011, the awards are the brainchild of the man who wrote the book – literally – on historic houses and their preservation, Norman Hudson OBE. An adviser to the Historic Houses Association for over 30 years, member of the National Trust Council and the British Tourism Development Committee he launched Hudson’s Historic Houses & Gardens, a guide to the best of Britain’s heritage, in 1987. Twenty-seven years later it is still the definitive reference for a grand day out. The awards, then, simply seemed a natural progression. 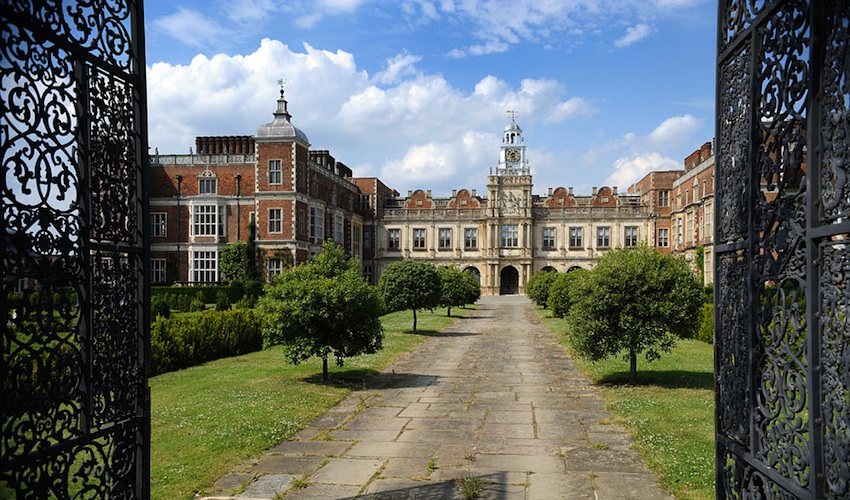 Open to historic houses, gardens, museums and heritage sites the awards intend to “celebrate the best heritage experiences”. And there is a crucial distinction here. If the categories (including ‘Eating Out’, ‘Commercial Innovation’, ‘Wedding Venue’ and ‘Picnic Spot’) seem a little particular, even peculiar, the emphasis is on the experience. Think about it, you couldn’t really have a ‘Best Estate’, could you? More importantly, being independently judged, these awards offer a fitting and unfettered appraisal of all that the country’s historical places have to offer the visitor.

Thus in the incomparable surroundings of the Goldsmith’s Hall’s Livery Room, under the watchful eye of Winterhalter’s famous portrait of Prince Albert, the awards were presented – and delivered with customary eloquent flourish – by the inimitable (although, admittedly, he is oft imitated) Loyd Grosman, lending proceedings a delightfully irreverent air. But before you scoff at the pasta sauce magnate’s qualifications for hosting such esteemed accolades, just look at his credentials; Chairman of the Museums Advisory Committee and the Blue Plaques Panel, President of the British Association of Friends of Museums, the Public Monuments and Sculpture Association, and National Museums Liverpool, patron of the Association for Heritage Interpretation, Heritage Open Days, the Haslemere Educational Museum and the Historic Lincoln Trust. And he can play the electric guitar. 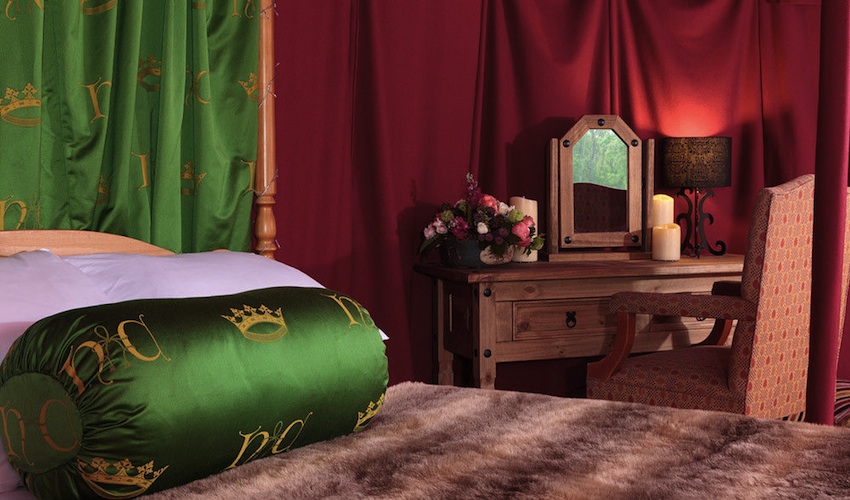 Many staples were there; Leeds Castle picked up the gong for Best Accommodation for its medieval ‘glamping’ offering while Blenheim Palace claimed the prize for Best Shopping. Yes, there was a category for best shopping. And rightly so. Shopping is, after all, Britain’s #1 leisure activity. Allegedly.

But it wasn’t simply the big guns who took home the prizes. The Judge’s Lodging, in Powys, won the ‘Hidden Gem’, preserving many of its Victorian artefacts (including gas lighting) as a ‘living museum’ and Holkham Hall in Norfolk won for Best Family Day Out. Prizes also went to properties far, far afield. Mount Stuart on the Isle of Bute picked up a win in the ‘Eating Out’ category and Dunvegan Castle on the Isle of Skye was crowned Best ‘New Discovery’. 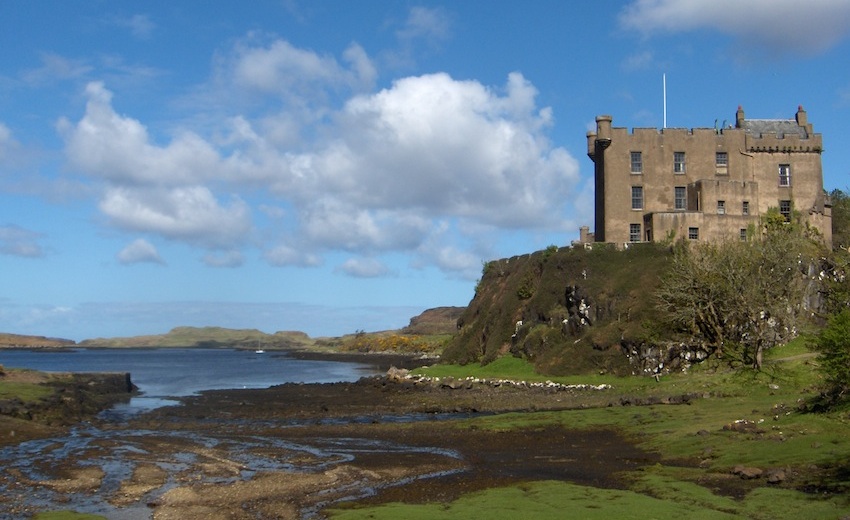 As well as the winners, each category also offered a Highly Commended mention, of which all of the recipients were equally worthy, often simply splitting hairs over the winners as to who claimed the top prize. It is testament to how the heritage industry has adapted to changing hopes and wishes to an ever discerning British public – reflected in an average 20% increase in visitor numbers to our heritage destinations – and, clearly, a British public who are increasingly proud about the preservation of these national monuments.

And, in case you’re wondering, the best ‘Picnic Spot’, as voted by members of the public, was awarded to – where else – Chatsworth House. It had to be, really.

A full list of the winners and runners up is published on the Hudson’s website and all are featured in the 2014 edition of Hudson’s Historic Houses & Gardens, available from their website and all good stockists. 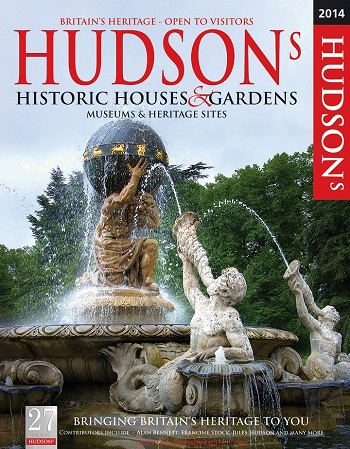 Featuring information on over 1300 historic houses & gardens across Britain the guide also features a number of exclusive articles by guest contributors including Francine Stock who talks to Lady Carnarvon about her home, Highclere Castle, better known to millions of fans as Downton Abbey; Countryfile presenter, Jules Hudson, travels to Yorkshire to find out how the First World War affected a group of properties there and Baroness Young of Hornsey reassesses what country houses can tell audiences about the history of the slave trade. In addition there are features on gardens, Scottish clans, favourite heritage objects, trips around the country by car and on foot, details of festivals, recipes and plenty more.