Trending
You are at:Home»The Culturist»Dance»Saint Petersburg Classic Ballet: The Nutcracker
By Rebecca Lipkin on January 28, 2020 Dance

The touring Saint Petersburg Classic Ballet is making a welcome return to Theatre Royal Bath this week, with two of the most popular ballets in the repertoire, Swan Lake and The Nutcracker. First premiered at the famous Mariinsky Theatre in St Petersburg in December 1892, The Nutcracker was always destined to become a Christmas classic, and one which even in January is guaranteed to sell-out. Based on E T A Hoffmann’s fairytale Der Nussknacker und der Mauserkonig (The Nutcracker and the Mouse King) Pyotr Tchaikovsky’s beloved score is performed live by the Hungarian Sinfonietta Orchestra, with Guntars Bernats conducting with enthusiasm and deftness. 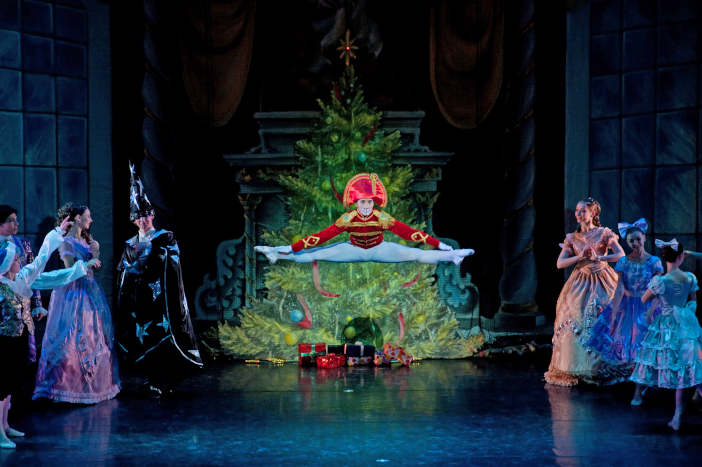 Set over one magical Christmas Eve, the design errs on the Disney-esque and any little girl will be thrilled by the growing Christmas tree, snow and confetti machines and candy-coloured costumes – appropriate given the Kingdom of Sweets scenes of Act II, while the young-at-heart will be equally enthralled by the energetic Mice and enchanting Snowflakes. First soloist Yulia Yashina plays both Clara and the iconic Sugar Plum Fairy, with Natalia Romanova dazzling asboth the mechanical Doll in the first act and the sensual Eastern Dancer in the second half. It is worth noting that Romanova (whom I admired as Odette/Odile in last year’s Swan Lake) has also played Clara and the Sugar Plum Fairy in previous revivals, and continues to effortlessly win the limelight in every role she is tasked with. The male leads are just as convincing, with Vadim Lolenko as the suave Nutracker Prince (bound to set a few hearts a-flutter) and Evgeny Silakov an entertaining and intriguing Drosselmeier in his magician’s cape. Marina Silakova captivates in the Spanish Dance of the second half, with a poise and elegance which points her out as a future star. 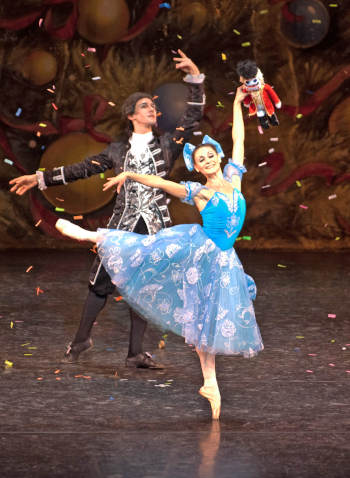 The relatively young Saint Petersburg Classic Ballet company, founded by Artistic Director Marina Medvetskaya (former Prima Ballerina of the Tbilisi State Academic Opera and Ballet Theatre) in 1996, has already secured a reputation for quality touring ballet; an expensive enterprise which relies on the dedication and professionalism of this all-Russian company who are well versed in an arduous schedule of travelling and performing, and have already visited Crawley and Bromley this January before arriving in Bath ahead of their Chester Storyhouse run. They show no sign of fatigue, however, and deliver a faithful rendition of Marius Petipa and Lev Ivanov’s choreography (famously revived by the Mariinksy’s Nikolai Sergeyev in 1909) even if the dancers do not always exhibit the flexibility of some world class companies. There can be no doubting how well rehearsed and at home each member of the company is, and this in itself lends the entire production a confidence and energy that is infectious to an audience.

Yashina, who delivers a strong Dance of the Sugar Plum Fairy – a solo renowned for being technically challenging – and Romanova are worthy of the ticket price in their own right, while the synchronicity of the corps de ballet is faultless for the most part. This utterly charming production is highly successful as a family treat with a second half that is by far the more thrilling in terms of choreography. The gilded backdrop of the exquisite Theatre Royal Bath lends extra magic to the experience that will surely be a memorable first ballet for many and an enjoyable evening of fantasy for all.