Trending
You are at:Home»The Culturist»Music»Glyndebourne Online
By Jerome on July 19, 2020 Music

With the onset of summer comes the onset of outdoor opera. Alas, not this year, obviously, but that won’t stop us enjoying one of the season’s quintessential highlights: Glyndebourne…

This year, Glyndebourne has announced the next two opera titles in its virtual festival, ‘Glyndebourne Open House’; Verdi’s Falstaff and Stravinsky’s The Rake’s Progress (pictured).

At 5.00pm each Sunday, Glyndebourne Open House throws open its doors to everyone, everywhere, to enjoy world-class opera in your living room, for free. It’s a fabulous opportunity for those who’ve agonised over missing it, and for those who’ve never been to experience something of the magic of one of the world’s leading opera showcases. 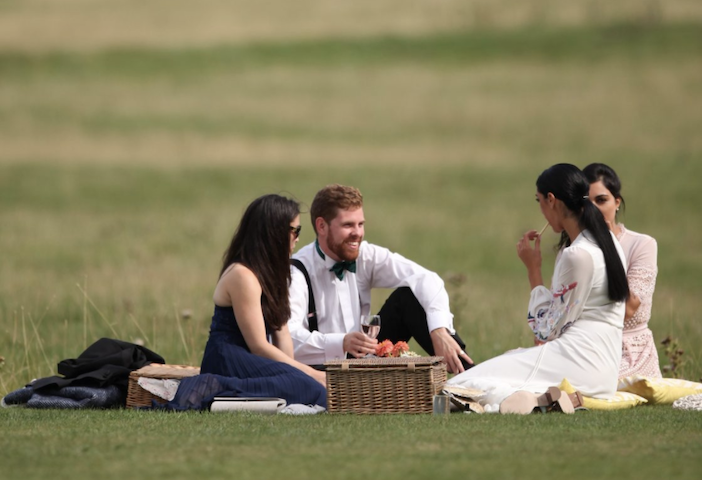 In true Festival style, we’re encouraged, too, to make something of an occasion of it, as one would when visiting live – so, dust off your finery, clink a glass with friends and family and be united with opera lovers from across the globe. While one can’t conjure the smell of the Glyndebourne roses or a view of the lake, there’s still something of the fizz of the festival and we can still create an experience to share.

First to tread the boards, on Sunday 26th July, is Richard Jones’ production of Falstaff, followed on 2nd August by John Cox’s staging of The Rake’s Progress. These two operas will be available to watch on Glyndebourne’s website and YouTube channel. 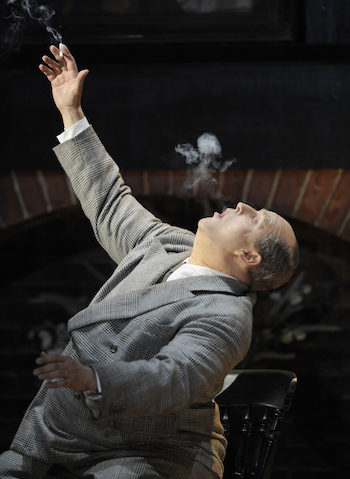 Verdi’s Falstaff is a comedy as wise as it is witty – a generous belly-laugh after a career of dark, knotty dramas. Inspired by Shakespeare’s The Merry Wives of Windsor, and its larger-than-life hero Sir John Falstaff, Verdi’s opera collides English subtlety with Italian ebullience to create a perfect comic evening.

Ageing roué Sir John Falstaff decides to try his charms on not one but two of Windsor’s housewives. Amused at the audacity of this unlikely seducer, the women of the town all come together to teach him a lesson he’ll never forget…

Then from 2nd August, a Glyndebourne classic, The Rake’s Progress, designed by David Hockney. When the mysterious Nick Shadow appears at his door, Tom Rakewell immediately abandons country life and his sweetheart Anne for the temptations of the city. But London’s glittering promise soon corrodes; love, money and even sanity slip further and further from Tom’s grasp. Can true love save him, or will the Devil have the last laugh?

Hogarth’s paintings charting one man’s path from pleasure to ruin are the starting point for one of the most dazzlingly original works of the 20th century, like a Mozart opera that has wandered into a musical hall of mirrors – at once elegant and anarchic. Comedy and tragedy are never far apart in this light-footed work that can break your heart with the broadest of smiles. 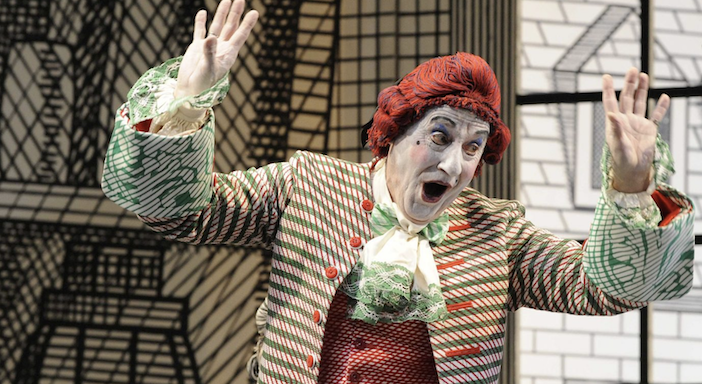 In celebration of Glyndebourne’s staging of The Rake’s Progress, which was due to show at this year’s festival, Glyndebourne has launched a range of gifts and homeware showcasing the original David Hockney designs from the 1975 Glyndebourne production.

Hockney was inspired by an original recording conducted by Stravinsky himself and created the iconic cross-hatched etchings that were applied to the set designs and costumes. The Glyndebourne x The Rake’s Progress by David Hockney Collection is now available for pre-order exclusively via www.GlyndebourneShop.com

Both productions are available online from 5pm on the Sunday of launch, and on demand for one week. Watch on the Glyndebourne website or YouTube channel.