Trending
You are at:Home»The Culturist»Theatre»A Doll’s House
By Allana Isaacs on August 22, 2013 Theatre

Ibsen has something of a reputation for being pretty tough going whether on stage or on paper, but I could think of no better introduction to this wonderful writer than the current West End transfer of A Doll’s House at the Duke of York’s Theatre. As my first foray into this style of hyper realism, it is testament to the skill of the actors and the exquisite direction that made this production so clear and accessible. 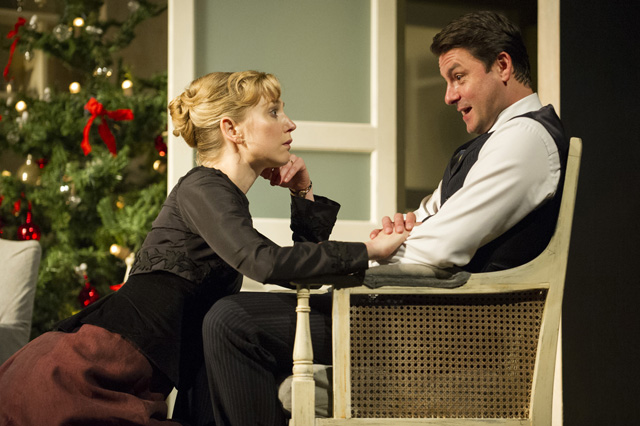 I let out a small gasp when the lights dimmed and the miniature-seeming front room began to rotate. The muted pastel colours and minimal decor created an air of simple domesticity, but one that was fractured diagonally by one wall and small narrow rooms indicative of the confinement felt by Nora. The stage set up allowed the audience to feel as if they were privy to every aspect of the Helmers’ lives, but as the secrecy and intrigue of the plot unveils, it becomes clear that it is only a very small fraction of the story that is actually played out in front of us. The balance between what is said and what remains hidden, appearance and reality, and the public and private are held in a delicate equilibrium that threatens to be overturned at any moment as the stage spins out of control. 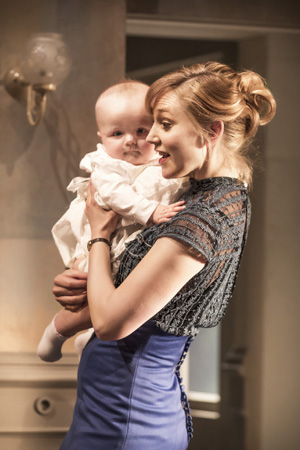 The key themes of the subjugation and objectification of women and the strictures of gender constraints are so well established that they need not be emphasised save to mention the impressive way in which each line is made pertinent to a modern audience. With a small risk of foreshadowing the closing moments of the play (the final stage direction being among the canon of all time famous lines), the final interchange between Torvald and Nora is inherently problematic in the 21st century. The audience could barely contain their mutterings of outrage and shock at the misogynistic outlook that the male characters have been given. Of course, it is all the more unsettling given when the play was written, the cultural norms and expectations of gender roles. There are references littered throughout the play about how men and women should be and think, and these come to a head in this final confrontation. Constantly referred to as Torvald’s ‘bird’, or his ‘small creature’, Nora’s retaliation is strikingly able to resonate so long after the play was written.

The cast unilaterally put in superb performances, with special mention having to go to the two young boys and the insufferably cute baby, who appeared without a hint of complaint, whose performances added an air of authenticity and enhanced the illusion of family on which the play is underpinned. Hattie Morahan has received fairly universal acclaim for her role as Nora and while I do feel that at times her gestures and voice did lean slightly too far, I too was captivated by her rendition of one of the hardest female characters in modern theatre. Dominic Rowans as Torvald remained unsettlingly charming despite his more sinister turn, allowing the audience to successfully understand Nora’s complete dedication and submission to him. Steve Touissant as Dr Rank could have expressed his overwhelming desire for Nora a little more strongly, but the phallic allusions in his costume were a nice touch. 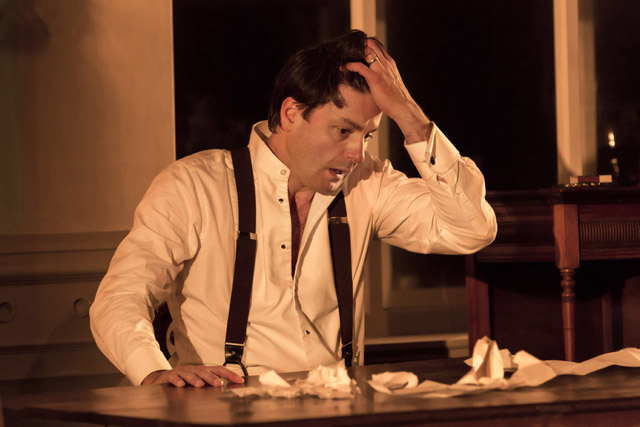 I left the theatre mentally exhausted, overwhelmed and unable to fully express what I had seen. I found myself quite unable to hold back my (silent) tears on the train home, a fact I am loathed to admit, and deep in thought about the world and my place as a woman within it. Strikingly resonant and exquisitely executed, beg, borrow, steal to get your hands on a ticket.