Trending
You are at:Home»The Foodie»In Conversation: David Thompson
By Toby L. White on March 16, 2014 The Foodie

David Thompson recently achieved something quite remarkable. It’s not so much that his restaurant was crowned Best in Asia at the ‘Asia’s 50 Best’ awards in Singapore; nor even that it was his Thai restaurant, Nahm, that won him the accolade – though not a bad achievement for an Australian chef. What’s remarkable about Thompson’s triumph is that his restaurant is in Bangkok. Following successful sojourns in Melbourne and London, he’s taken Thai food to the Thais and won them the Best Restaurant in Asia. Was there ever a better example of the old martial arts adage that the student is now the master…? 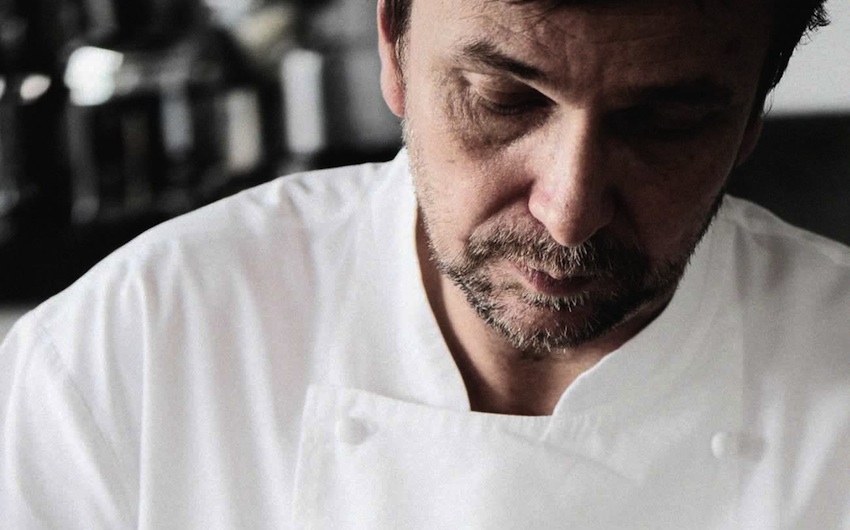 Arguably more Thai than the Thais themselves – even his speech features the inflections of the language –  the day before the awards were announced, The Arbuturian caught up with him at Raffles hotel and quizzed him about the Asian culinary scene, the future of fine dining and, of course, how Thai food is changing…

So, David, what’s your next big idea?

I will be doing is a small street food restaurant here in Singapore later this year. I have cooked Thai food now for 20-odd years and I’ve cooked it on three continents, cooking a particular type of Thai food – Nahm style – a rarified Thai food of a certain type and a certain class, and having cooked it in Australia, in Britiain and in Thailand I never want to cook it out of Thailand because it’s too difficult to get the right ingredients when you have such a complicated, sophisticated cuisine. However, street food is much more transportable and much more easy going and, to be honest, it’s half Chinese anyway. It’s easily transportable, more affordable and affords to how modern people want to eat as well, where it’s not so formal or ornate, but rather is quite accessible. 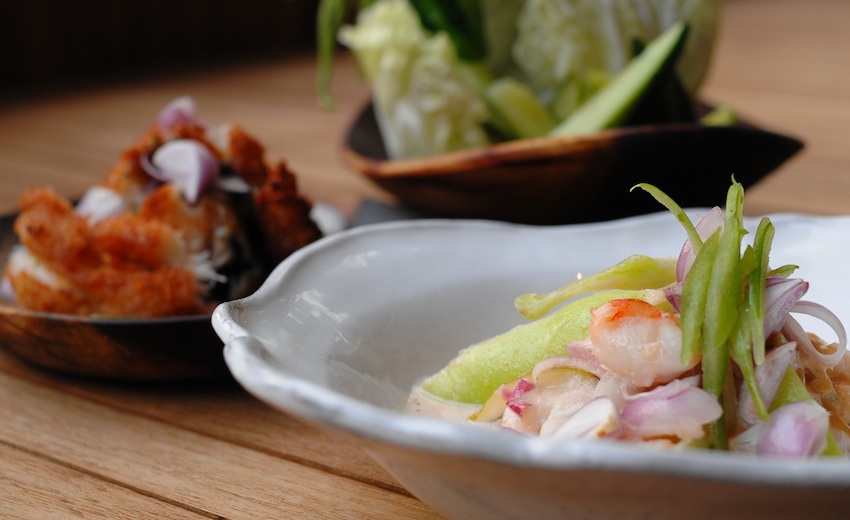 There’s a huge movement of street food in London currently, and from all different types of cuisine, obviously it’s entrenched in Thai culture, but I think they’re missing something in London aren’t they, something that’s not quite hitting the mark?

Most street food in South East Asia has it’s origins with Chinese immigrants where wave after wave emigrated to this part of the world and with them they brought their dining habits. Because Thais usually ate at home, they were farmers. Yes, there was market food and snacks but the street food that people associate with Thai street food is of Chinese origin – noodles, chicken and rice – that have been Siamised. But what’s wonderful about South East Asian street food is that they’re eaten on the balmy streets. And whilst they might be balmy in England, it’s not the weather.

Why open in Singapore?

Well, it is becoming recognised as a city of international culinary acclaim, and we’re doing it in the amazing Marina Bay Sands, which is becoming a global icon. But Nahm itself will remain firmly rooted where it belongs, in Bangkok. 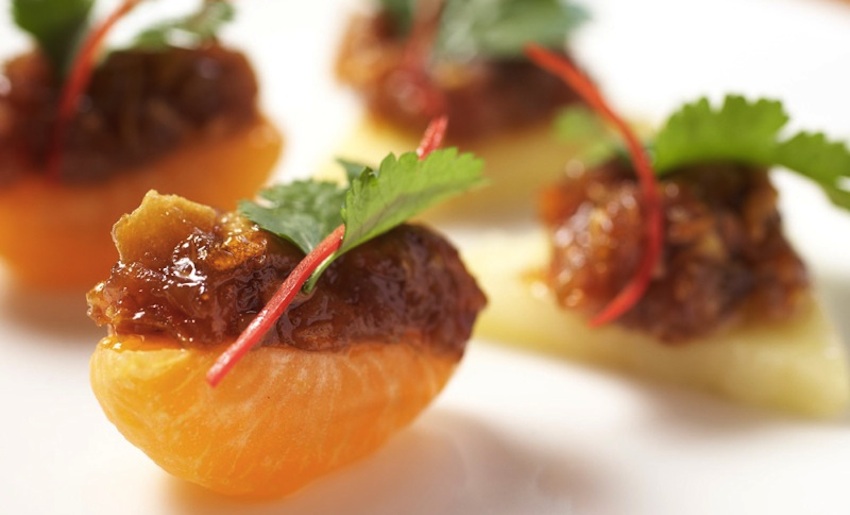 What are you calling it?

Long Chim. Which means to taste, or to sample. And if it works, we’d like to see if we can take it to a few other places as well. But my heart, and my knives, are mainly in Bangkok.

Has your placement in Asia’s 50 Best had any effect on Thailand’s restaurant scene?

One of the things that’s interesting about Thailand is how it’s changing. I think in the next five years the world’s focus will be on cities like Bangkok because there are so many new and interesting restaurants opening up. And it’s not just from Westerners being there but from young Thais; I think of things like La Dou, with the two boys who worked at 11 Madison Avenue, then there’s Bo, and there are a range of Thai guys coming back and bringing their experience. And then combined with those who haven’t left the country who are cooking some great food as well, it’s a good place to eat now but it’s going to be an even more exciting place to eat in the next five years as Thailand’s economy continues to flourish, despite its political skirmishes.

We’ve seen a democratisation of the restaurant business in the last few years, d’you see that continuing?

Absolutely. It’s occurred for several reasons; firstly, the global financial crisis has meant that people have had to economise but, even before that, people have been dining out more, and the more that people dine out the less it becomes that special occasion; and I think there’s a generational change now where people who are dining out more regularly and don’t want to pay for the ‘unnecessary’, so they don’t want to pay for the really expensive plates or wine glasses or cutlery BUT who still want decent service and decent food. There’s  a further generational thing in the sense that younger people want to eat in a different way; what was proper dining for their parents is not relevant dining to them, so we’re seeing that sea change and it will continue to change. 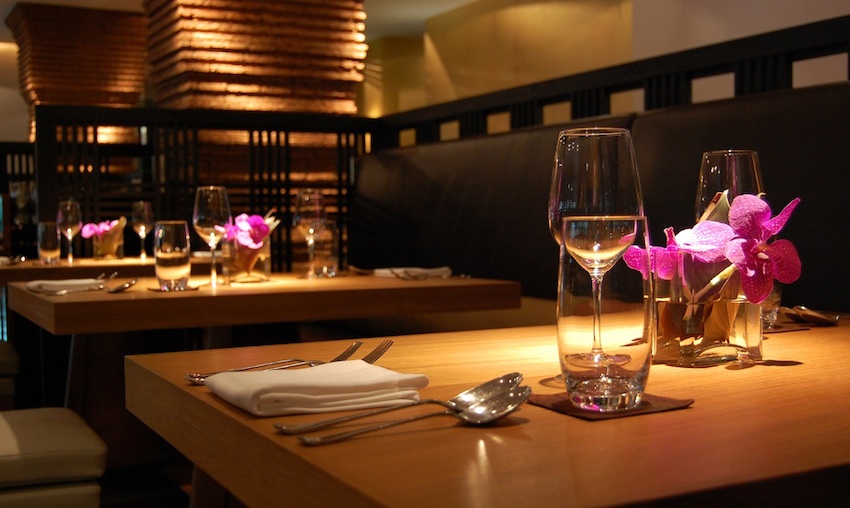 Is there still a place for the white table cloth?

I suppose there is somewhere. There will always be some people who want that formality but they’ll become more like culinary museums rather than culinary temples. So we may see an end to that type of fine dining – but not of fine eating, nor of fine cooking, nor of fine service, nor fine wines…but just not with the same accoutrements surrounding it. Plushes be damned!

Cooking aside, what do you see the role of the chef in today’s global community?

He’s an irritant more than anything else [laughs]. I get cross with the idea of chef as ‘celebrity’ because really what they are is just a bloody cook, and they belong in the kitchen. Or, if not in the kitchen, they certainly don’t belong as some sort of authoritative voice on television. Having said that, I think cooks can play a role when it comes to looking after the environment and sourcing sustainable ingredients. I think there’s a role there, as a sort of educator, if not to preach and to dictate but to do and to show that it can be done. [pause]Oh, and they’re to feed people too! 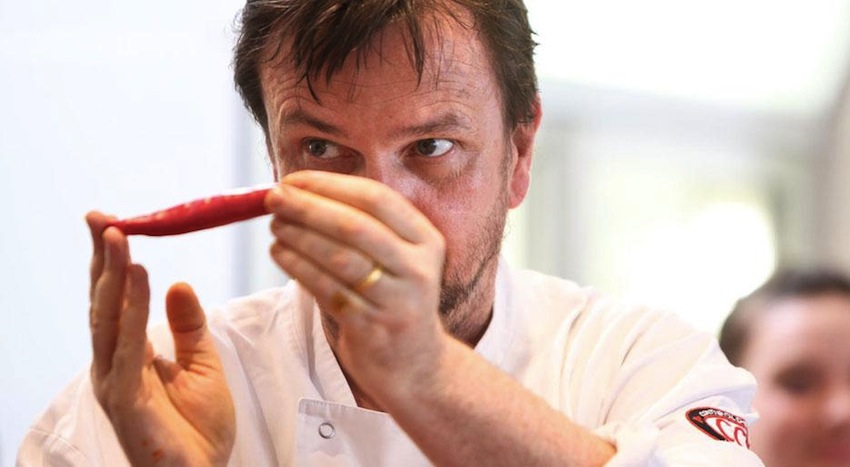 Having done it so long, how do you still manage to dive so enthusiastically into Thai cuisine?

It’s home for me. But it’s also because I’m working with so many Thais, we’ll put something on the menu that might be an old-fashioned dish that I’ve researched, or sometimes we’ll be talking about dishes and one of the guys will mention something their grandmother used to cook, so we start to play with that. Then it’s all about finding the right vegetables and meat cuts and so on, and we’ll cook it several times in order to hone it down – it means the whole process has quite changed. Before it was dictatorial or was just about my own taste, when I was in Australia or Britain. Now because I’m working with so many Thais it would be foolish of me to dismiss that collective knowledge and I’m finding new things all the time. And I think it also corresponds with me getting a little bit bolder.

Do you still cook at home?

Rarely. Why would I want to? I’ll eat on the streets. That’s one of the joys of being in Thailand, you can go on the streets and eat well without mess, cost or time. Fewer and fewer Thais cook at home now in Bangkok because they avail themselves of the fruits of the streets. In fact, they’re building apartments without kitchens now, can you believe that?

Do you think it endangers Thai cuisine if fewer people are cooking it? 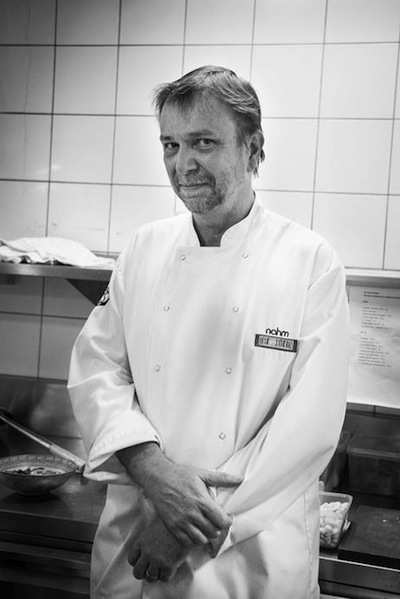 It can standardise it and reduce the diversity as the consumer relies upon an outside cook who’s commercially oriented, as opposed to a mother or grandmother, so there is a risk, but it’s happened throughout most of Asia. But one of the high points of Thai culture is their food; it’s there in all aspects of it, even when it comes to improving merit because every morning you feed the monks, it’s a currency of the nation. It conveys hospitality, generosity, shows obligation and is even there to make merit. Just as the English love their gardens, the Thais…Love. Their. Food.

As a chef, what’s more important, ingredients or technique?

To use an old Thai saying, an elephant must have some front legs and some back legs. You need both. If you do not have good ingredients then the finest technique is not going to help you, but if you have bad technique you’re going to destroy some damn fine ingredients.

For more information about David Thompson and his award-winning restaurant, nahm, visit his website.