Trending
You are at:Home»The Foodie»Sake and Seafood
By Anna Selby on November 7, 2022 The Foodie

Most of us have tried sake in Japanese restaurants but it’s mostly remained vey much a speciality drink, tied to one particular cuisine. The Japanese food organisation, JFOODO, is aiming to change all that and is running a campaign (finishing 20th November) to persuade us all to be a bit more adventurous. So there are a number of restaurants around London where, instead of wine pairings, they are offering sake pairings for food from various different styles of cooking. 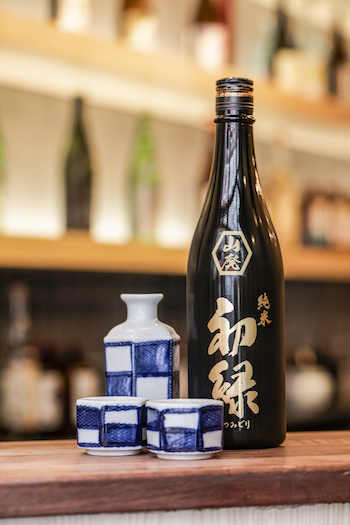 Sake is often described as “Japanese wine” but this is not quite true. Unlike wine that uses the sugars that occur naturally in grapes for fermentation, sake brewers use koji. This is a bit like the matrix you’d use for sourdough and it helps convert rice starch into sugar which in turn produces alcohol. The koji mould also breaks down the rice protein into amino acids, creating a high umami factor. Often called the “fifth taste” (alongside sweet, sour, bitter and salty), umami means “the essence of deliciousness” in Japanese. So pretty highly valued, then.

Umami is savoury rather than sweet and works with food to enhance its flavours. As they say in Japan, “Sake does not fight with food.” Seafood being central to Japanese cuisine, it makes sense that their national drink matches it particularly well. What is new here, though, is that the suggestion is that sake will go with all seafood. And that includes fish and chips.

So the participating restaurants range from Bedford Street Wines where they are pairing sardines with sake to the Wellington Lounge on Piccadilly (the Queen’s childhood home) where they pair prawn biryani, beetroot cured salmon gravlax and, yes, fish and chips each with their own matching sake. There are, of course, plenty of Japanese restaurants participating in the sake food pairing, too, and I dropped into Moto on Maiden Lane in Covent Garden.

Moto is tiny – blink and you’ll miss it. It has tiny tables, too, so be sure to order gradually or you’ll have a juggling act with plates and glasses. It is, though, very serious about sake. And Francisco, manager and sake aficionado, was ready to wax lyrical about his favourite drink. There are, he points out, dozens of types of sake and they have their own distinctive styles – making them excellent for pairings as you progress through a meal. 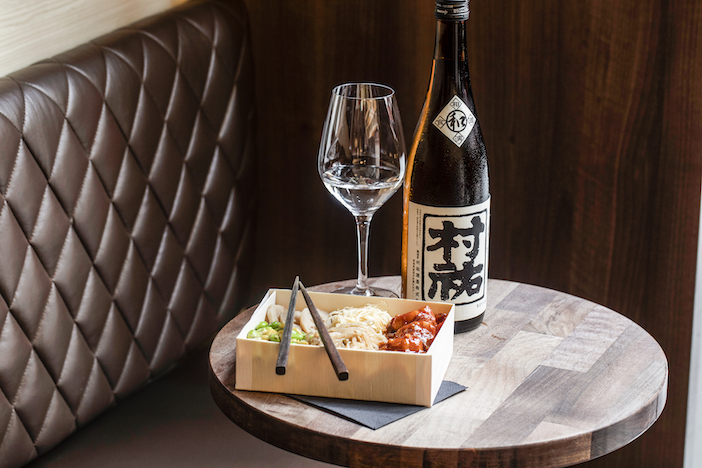 The differing styles all depend on how much the grains of rice have been polished (as well as whether any distilled alcohol is added). You can have sake warm, at room temperature or chilled. To give an idea of the versatility of sake, Francisco recommended Nagomi Nama-Chozo to go with some slightly spicy prawns. Served chilled, this had a pleasant bitterness and flavours of strawberry and sour plum – though these would apparently disappear if it was served warmer. For the rather delicious miso salmon, he poured warm Hatsumidori Junmai Yamahai into tiny china cups, tangy and rich (though I missed the banana bread tasting note)!

Moto is probably not the place to go if you’re looking for a long relaxed kind of dinner but it’s perfect for doing some serious sake tasting (with some delicious nibbles on the side). Their sakes include some that have never been exported outside Japan before and they’re bringing in new bottles all the time, together with an ever-changing seasonal menu. And they have a shop, so you if you find yourself getting really serious about sake, you can take some home, too.

Sake and Seafood pairings are available at Moto London until 20th November. For more information, visit www.motoldn.com, and for more on restaurants participating in the sake-food pairings, please visit the promotional website here.