Pick up a handful of restaurant reviews in quick succession and you will see a pattern forming. Oftentimes reviews can be light on the actual dining experience, and heavy on story embellishment. Of course readers are interested in the food, but unless describing a 12-course gastronomic feast in detail, readers may become underwhelmed by repeated descriptions of seared tuna, mouth-watering parfaits and oozing sweetmeat juices. When all is said and done, the reviewer wants to weave a magical fantasy about their culinary experience, with little room for realism. 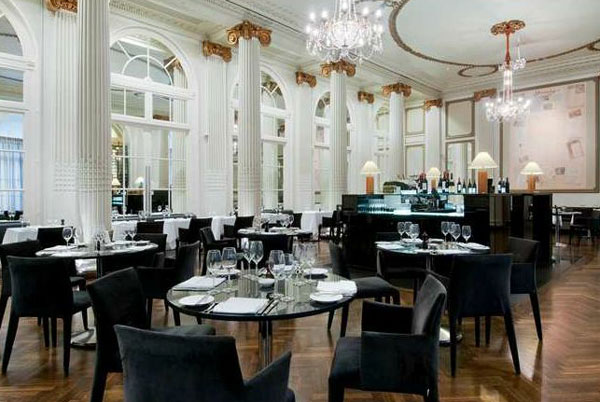 And so my magical story begins. A warning: This is a love story, but not your usual love story. This is not a tale of the sordid affair between yours truly and a milky lump of waxy, midnight-veined glutinous curds and whey. This is a story about me, an infinitesimal quantity of cheese, and someone very special. And that special, special person was named Tom.

My dinner date and I arrived at the Waldorf Hilton full of expectancy. We had been told that there was a fromage theme to the dining experience, so even with wariness regarding the vivid dreams I may experience, I wanted to try the full-on cheese feast. As background, the menu was created by Executive Chef Johan Rox in association with the Stilton Cheese Makers’ Association, to show off this wonderful ingredient.

Alas, I was rather disappointed when faced with the menu, which was so standard I can’t really recall any of it. I realised that I didn’t have to consume Stilton at every course after all. Thus my date and I agreed to alternate between cheesy courses, and what a confounding decision that turned out to be. 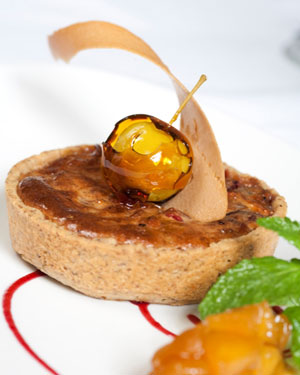 But through the mists of the opulent (perhaps) cold (definitely) dining room, the seeds of a beautiful friendship began to germinate. Waiters in restaurants come and go; you remember them if they do something hilariously bad, like spill a tray of drinks over an unsuspecting patron, or if they provide you with first class service.

But Tom became my favourite, over a glass of wine, or four. Tom, you see, was our wine waiter. And let me describe him for you in all his glory. A mere 21-years-old, with sandy hair and a lazy eye, his late sprinkling of acne did not detract from his flawless approach to sommelier-chic.

Because Tom was the Waldorf Hilton’s top secret weapon; he knew what we would like before we knew ourselves and his matching of first rate Bordeaux and Beaujolais with comparatively average food was second to none. Tom seemed almost joyous in his job, at first blissfully unaware and then reassuringly nonchalant about our rogue starter dish which was never consumed and instead taken away as we waited eagerly for a replacement that never arrived.

Tom never lost his focus. He merely ploughed on with pairing our wines, asking us how we were, giggling at our polite remarks like his life depended on it. Chatty, concerned, completely indifferent to plates falling around him, Tom never swayed from the task at hand.

I saw it all though, given my vantage point, as I sipped excellently dry fizz and marvelled at the couple to my right who were dressed up as if attending the Viennese opera. But somehow, Tom made me just not care.

I think I fell a little in love with our humble, happy wine waiter right there and then, when my Stilton-crusted cod only bore the merest suggestion of cheese. I think I may have been woozy from the wine by that point. 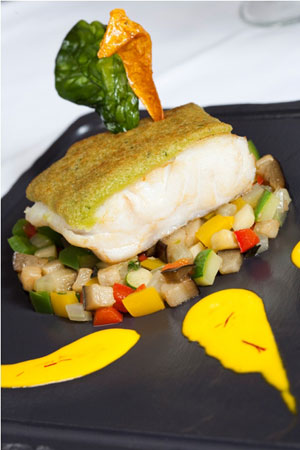 Tom knew the way to my heart was through full-bodied red, oily-lemony Sancerre and his perfectly joyous mood.

But, if I was going to ask for something to improve my cheese-themed dining experience, it would simply be…more cheese. Some cheese, any cheese.

Tom told us around dessert that he already had a young child and many sommelier qualifications under his belt. To the bitter end he insisted that he absolutely adored his job. Tom is a mirror for how we would all like to be, without a care in the world.

So go to the Waldorf Hilton if you like, request extra Stilton on your plate, and insist that you are served by Tom. Just remember, I saw him first.