“You can see Copenhagen’s balls from here!” Excuse me? “What on earth are you talking about?” I said to Mr P, who was stunt double for Lady Stirling this particular evening. “Copenhagen, his balls, you can see them quite clearly from here”. He was right. En route to The Factory House for a hearty combination of beer and that evening’s supper club menu we had met outside the Royal Exchange where you find a statue of Wellington, atop his horse, Copenhagen. Hoping that neither horse nor balls were on the menu, off we trotted. 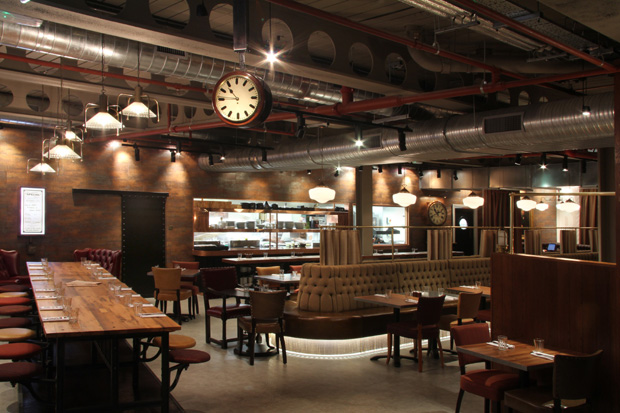 The Factory House, opposite the Lloyds building, sports a now notorious clocking-in machine. I forgot to clock in, I’m guessing I won’t get paid for this shift. So, into the hubbub of noisy merriment. The beer on hand for our delight and temptation was varied: a light beer from Alsace to the deep and heady locally crafted Meantime ales. We lingered with the Greenwich team and chatted over the benefits and sins of adding chocolate or cherry to an ale. Mr P is a staunch proponent of unsullied ale; I like something with a bit of adventure – the jury was left debating the finer points. The one thing we did agree on was the high quality and great passion that Meantime add to each brew.

With rich hoppy tones lingering on our palates we made our way to the table for the supper club with the help of the maitre d’, who by chance just happened to be wearing the same waistcoat that I’d chosen for the evening – I had decided that if I’m going to be supping ale, the Harris Tweet should come out along with accompanying waistcoat. I hoped no one would mix us up and ask me for the specials menu; I might let the side down. 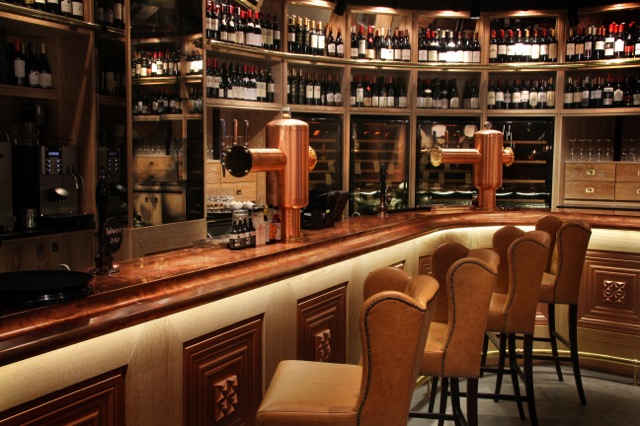 The supper club is a weekly dinner adventure new to the Factory House that offers something different every time you visit. For £25 a head you get three courses served with wine or beer (depending on the food or your personal preference) and the certainty that you’ll not leave feeling anything other than replete. At least that was our experience. We were presented with a selection of charcuterie to get our appetites whetted. All crafted by independent UK producers, the selection was varied and tasty, a lovely spiciness to the chorizo. The large bottle of Meantime Porter waiting for us was a good companion. Next up was a hearty serving of venison casserole, served with creamed cabbage and mash. The meat was tender and earthy without being overbearing, the mash was good but lacked the 50/50 split of butter to potato I lean towards and will certainly do me in, later in life.

The charcuterie, casserole, mash and Porter would usually have been enough for me and I suspect most other non-gluttons, but the option to complete the triumvirate with apple and pear crumble seemed like a very good idea. It got better when Mr P decided a bottle of Sauternes was needed. Who was I to argue? Served with custard, the crumble was good, the fruit still had enough bite to compete with the sweet Crème Anglaise and soft sultana essences in the wine. 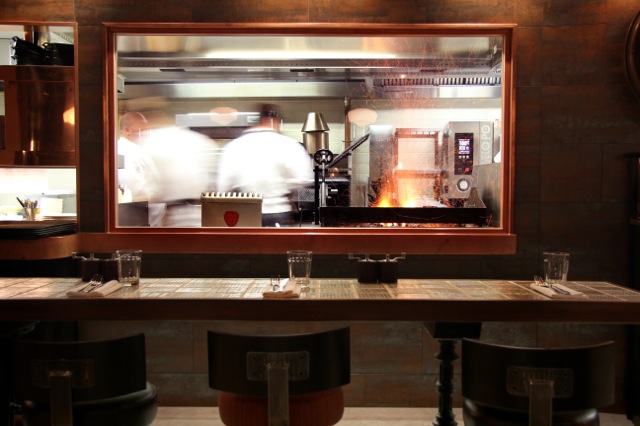 Right – done. I was full. That crumble might just have taken me over the safe operational levels on waistcoat containment, the buttons could come flying off at any moment and kill one of the merry diners on the table opposite, we’d better make a break for it, albeit a slow, steady and delicate mince to the exit.

We pondered up the stairs and the cold, wintery evening air helped bring me back from the brink of my food stupor. Hearty food for a cold night, and the Porter gave me a hand to fight off the chill. Or perhaps that was the Sauternes. Either way it was a merry evening and one befitting the chilly night. It will be interesting to see how the menu develops for spring.