If you visit the restrooms at the Goring Hotel you might be forgiven for thinking you’ve taken a step back in time to a Victorian gallery of smut. Adorning the walls are a selection of Reubenesque beauties leaving very little to the imagination, certain to raise an eyebrow or two and possibly some blood pressure. Among the elevated eyebrow fraternity, and obvious critics of the racy installation, nestles a member of the ‘yours, appalled’ letter-writers with their raised nose disdaining of the work. The scathing letter has been affixed to the wall alongside the art and is displayed with the addition of a handwritten note that takes to task the matter in hand, penned by none other than Mr Goring himself. Mr Goring suggests the writer might not have the mettle needed to become a fan of the Goring Hotel. And the list of members is illustrious. 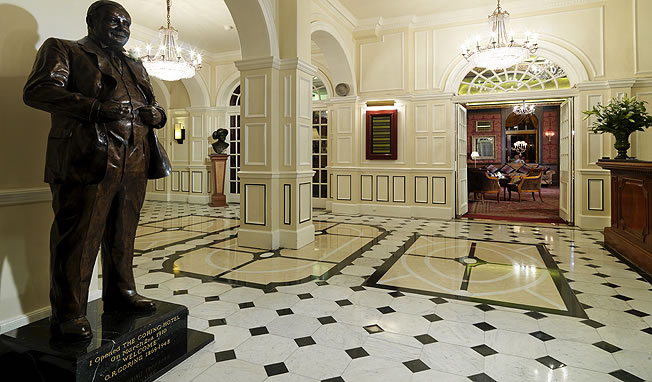 The King of Norway popped in during the ‘30s as the ablution facilities were far superior to the Royal Palace. The French Prime Minister Daladier was entertained by Chamberlain and Churchill and when I say entertained, I mean lifted off the floor by his lapels by the latter. A firm favourite of Her Royal Highness the Queen Mother (we will discuss the Eggs Drumkilbo later) and of course the base of operations in the weeks leading up to the Royal wedding of Prince William and the Duchess of Cambridge – and is that Andrew Neil quaffing a large glass of red on the table opposite, blustering about politics and whether to have the beef Wellington? OK, they have to let anyone in and hopefully that would include me – would a simple esquire such as I be allowed through the front door? To ensure my entry I was joined once more by Lady Stirling, her pedigree is sure to garner entrance and so to dinner we went.

The restaurant offers a classic David Linley take on Edwardian dining, but distinguishes itself with flourishes of redefined elegance using contemporary crystal chandeliers and a subtle, glowing warmth that draws you in and makes you welcome. Don’t be mistaken, it is very, very British. Stiff upper lips at every turn, but these tend to soften then raise ever so slightly at the corners into wry smiles as a quip or joke is cracked – albeit in a very proper manner. 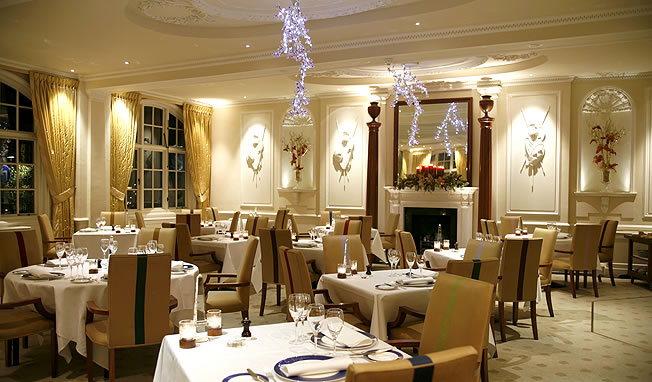 The blue cheese salad with poached pears gave me a lovely introduction to the menu, my appetite had forsaken me earlier in the day (nothing at all to do with the barbeque banquet I’d undertaken in Soho), returning with aplomb after the tangy and crisp combination of cheese and fruit. Lady Stirling decided to walk in the steps of the Queen Mother and had the Eggs Drumkilbo, a rich combination of (amongst other things) lobster, prawns, egg, mayonnaise and Tabasco sauce. The official recipe in use at the Goring is – allegedly – known only to two people…whom I hope are never placed on the same plane, train, car or carriage together. It was glorious.

After a short respite, a chance to talk about the wine and another glance over my shoulder to ponder at the hearty Scottish voice that was now tucking into the Beef Wellington from the trolley – ceremonially pushed to the expectant table and carved into generous slices. Bloody hell it looked good. I started to doubt the wisdom of my choice for the main course.

My doubts were unjustified. The seabass was excellent, the flakes of fish were moist and firm whilst maintaining the delicate flavour, complemented by the creamy sauce and greens.  Lady S had the cod, a generous piece of fish served with a potato sauce.  “Just what is potato sauce?” she asked, with as straight a face as possible. “A sauce made with potatoes, darling.”  The waiter heard and raised an eyebrow. 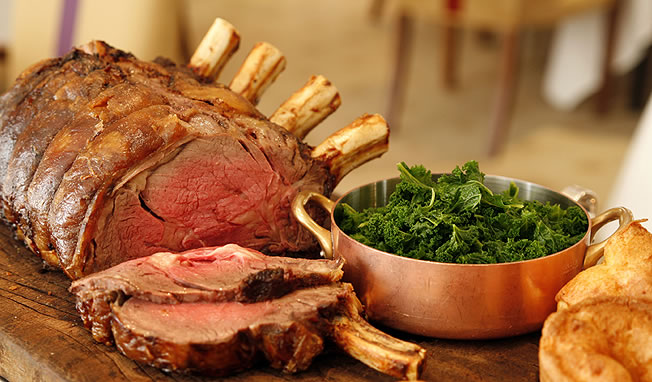 Behind us the politics had morphed into talk of broadcasting; something about ArbTV being the next greatest thing to hit our screens, and in front of us dessert was served. Decadent chocolate sin, in the guise of an Amedei chocolate mousse with caramel vanished almost as soon as it was placed in front of Lady S. To add balance to the universe, I opted for a homemade sorbet, which might have been lacking in sin, but was made up for in flavour. This was most definitely a winning dinner.

My only criticism: I didn’t take more time to explore and discover the history, character and culture of the hotel. I should have arrived an hour earlier and taken a stroll, a drink at the bar; perhaps the chance to lift someone off the floor via the medium of their lapels would have presented itself. Extremely high levels of service which could easily be dry and functional are tempered with wit and a good dash of charm. You feel as if you might be an unknowing member of a club where outwardly all that is proper is expected but the secret truth is: It’s all a bit of a laugh.

Next time I find myself in Victoria I intend to explore the bar and the rest of the hotel, and perhaps at the same time pen a letter to Mr Goring expressing my displeasure at the limited amount of Rubenesque ladies adoring the walls of the WC.