I was mulling over the name for ages. Is it some figurative suggestion for what we can expect inside? A congregation of steely businessmen with talons as sharp as their suits? Or something connected to its history? Why, I wondered, The Hawk’s Nest?

Then, as we approached, it struck me. Occupying a space adjoining railway bridge arches, and foliage over the awning as you enter, it’s right opposite Goldhawk Road station – that answers that question.

Curiously, it bills itself as Shepherd’s Bush, as if that is to somehow establish its credentials. But, with the nearby green and its surrounds – not to mention the monstrosity that is Westfield – it feels more like a breath of fresh air, distancing itself from the pretensions of the neighbourhood it’s assimilating to. The area is crying out for somewhere unpretentious, convivial, affordable; away from the high street chains and over-priced gastro pubs. Billing itself as a ‘pizza and cocktail garden’ it is exactly that, and while ‘garden’ might be stretching it a bit, there’s no shortage of greenery throughout. 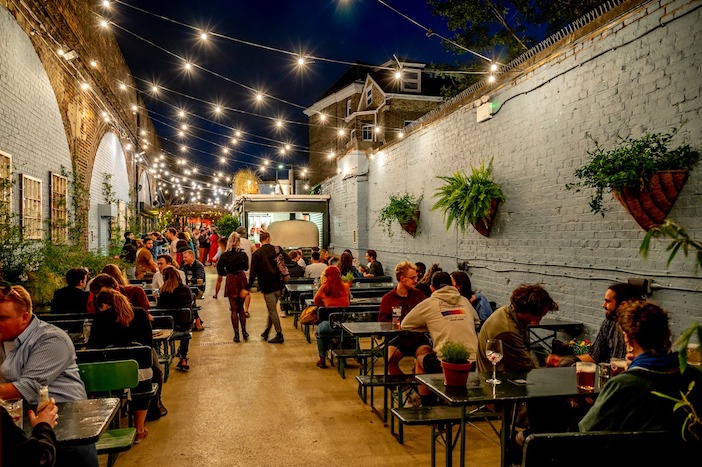 In the era of Covid, far from it being a chore, a rigorous entry procedure was reassuring, and we pass into the ‘Nest’, like entering an airlock after a space walk. We have the option to go inside but it’s the outdoor area that has the atmosphere, fuelled by bench seating, strung lights and heat lamps, and a garish mural.

I’m struck immediately by the clientele. There’s definitely a youthful spin; of public school millennials and bearded Bohemians, of first jobs, living in digs nearby and coming to the ‘Nest for a post-work drink and a bite to eat. Since it had only been open a few weeks at the time of our visit, I wonder if this is a sign of things to come or, simply, a new vogue for the neighbourhood.

As it finds its feet, however, it’s in good hands. The owner, Will, is ex-SoHo House, so knows his onions when it comes to hospitality, and I think it’s only a matter of time before it becomes a destination in its own right. As we take a stool by a barrel table, “I fancy a margarita, I haven’t had one all year”, my earnest friend advises our host and two blood orange margaritas, the house’s ‘most popular drink’, appear. They go down as quickly as they arrived. 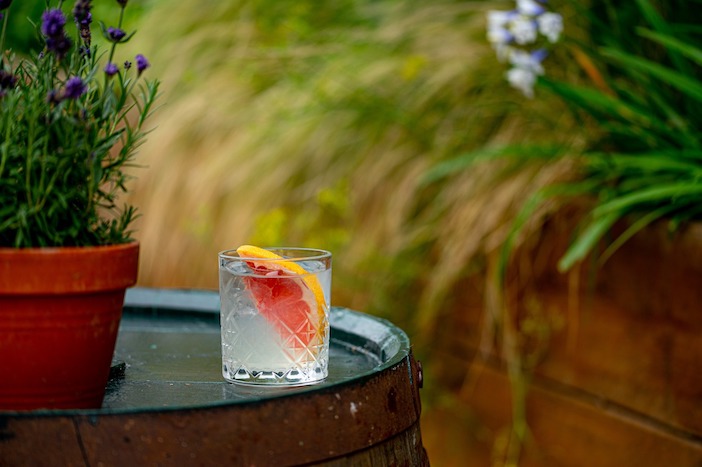 Straight into a second, a rose negroni this time, to accompany talk of travels thwarted and 2021 optimism, we order appetisers; deep fried calamari, truffle and tomato arancini. Far from being token offerings, these were tantalising morsels. The tomato and mozzarella arancini spilling ropes of melted cheese as I tear one, the accompanying tomato dip having that slight pinch of chilli. As Will returns, I ask after them. “They’re made by Sugo,’ he tells me, “we have a deal with them.” Clever move. If someone can do something well, bring them in.

To counter the oddity of a frozen chili margarita with the onset of winter, we move to a warmer spot, courtesy of a heat lamp, as our pizzas arrived, and all the better to appreciate them. The pizzas, I must say, are stunning; well thought-through, great flavour combinations, some classics, some newbies such as roasted aubergine and kale. And, true to their street food credentials, served informally on card takeaway boxes. I opt for the white capricciosa, just charred on the edges with a thin, chewy base, laden with garlic cream, ham, artichokes and olives. If they’re designed to share, I was all over this myself. The nduja and chilli provided further warmth for Simon, with some lovely touches like pickling the chilli and crust-dipping sauces. 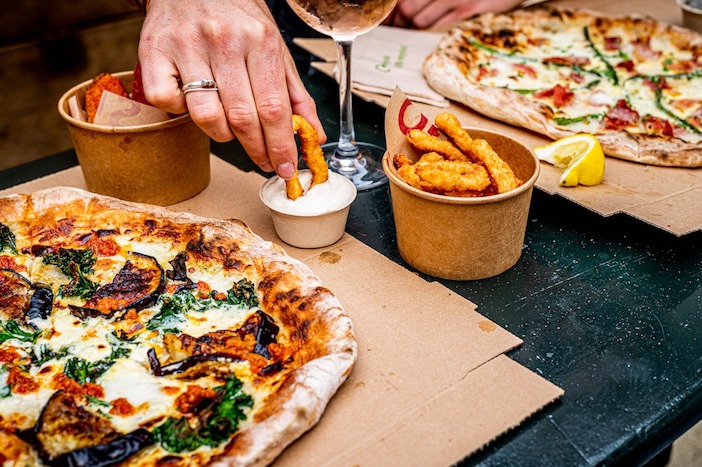 The longer we were there, the more I became aware of the conviviality; not just among the punters, but the banter with the team. “Your beer’s coming – next week,” a passing waiter quipped to our adjacent table. And then he joined them and chatted for a while. It seemed casual, effortless, like they were enjoying it, joining in the evening out. As the night air cooled further, we ducked inside for a final edifying margarita to steel us for the journey home, satisfied and sated, and delighted with this new discovery.

The Hawk’s Nest may pitch itself as being in Shepherd’s Bush Market, but calling itself Shepherd’s Bush is doing it a disservice; if you are in the area, perhaps confined in Westfield and seeking somewhere a little more convivial than the chain restaurants in sheet metal surrounds, this is what you should seek out. It deserves to stand proud where it is, stand by its name and beat its own drum. Judging by the numbers there that night, it’s already made a solid start.