Everywhere in the Capital, everyone is grabbing for their bit of the pie. Whether it’s mediocre no-hopers petulantly clinging to the armrest in the tube, or unjustifiably self-important fat cats creaming off bonuses in the City. It is universally acknowledged that no one wants to share. In fact, for those people out there wondering what it means to be British today, I recommend that you take a tube at 9am and you’ll soon find out what it means; to be British is to be self-serving, smug, and unsympathetic. 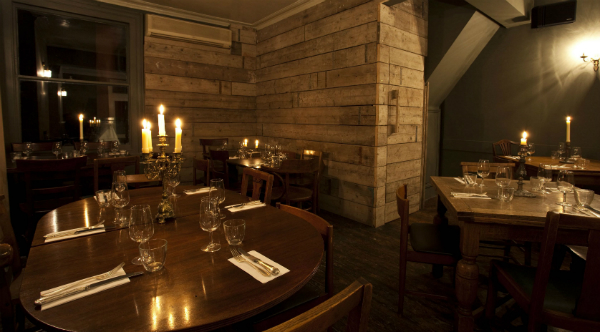 Look at our traditional food for example. The traditional British dish is the wholesome, honest pie. Nowhere on the Continent makes a pie. No one has tried to assume ownership of the pie. We own the pie. But consider, for a moment, how a pie is served in a restaurant; most often it is presented in a china casing, on a plate, with an assortment of vegetables, designed specifically for your consumption.

Now consider the same presentation of the national dishes served in a Spanish restaurant, or a Chinese restaurant, or an Indian restaurant. A paella is served for all to share. Chinese banquets are designed for everyone to have a nibble, and curries are so perfect for apportionment that the curry house has become the maison de rigueur for sports clubs to engage in bonding exercises. In Britain we are not sharers, and we are the worse for it.

Nevertheless, as with any gross generalisation there are some exceptions to the above rule, and I happened to visit such an exception in Clapham a few weeks back. The Rookery is a charming gastropub slightly out of the way of the Clapham hubbub, equidistant from Clapham Common and Clapham South tube stations. It looks out onto the common and I can imagine that in more summery months, if they ever come, the pub’s outdoor space is a top notch place for watching people frolic around on the green. 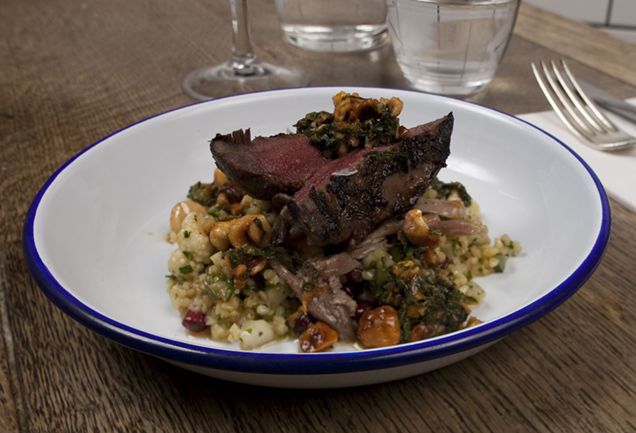 Be that as it may, the night I visited the Rookery it was cold and dark, and a fine sleet dribbled from the heavens making my journey from Clapham Common tube station rather uncomfortable. Yet even on such a forbidding night, the Rookery’s warm, affable atmosphere means one cannot help but leave one’s complaints about the weather and the country outside the door, and feel overwhelmingly pleased about one’s bit in life.

Above the bar, buoyant Union Jacks hang suspended from the ceiling. Couples, of both Romantic and Platonic persuasions, can be found chattering in the corners of the pub, and dotted about are larger groups of friends and relatives rhythmically throwing back their heads in laughter like the bows of string instruments in an orchestra.

The Rookery is one of those gastropubs which fuses old and new in its layout and decor. As a result, although the bar looks as though it could have belonged to an eminent South London drinking hole in its youth, it’s filled with exotic foreign lagers on tap, and trendy Meantime ale. Similarly, the antique wooden tables and open floorboards are set against fresher, white tiles on the walls and the ceiling. Together it creates the paradoxically comforting sensation that you are simultaneously in both traditional and modern London. 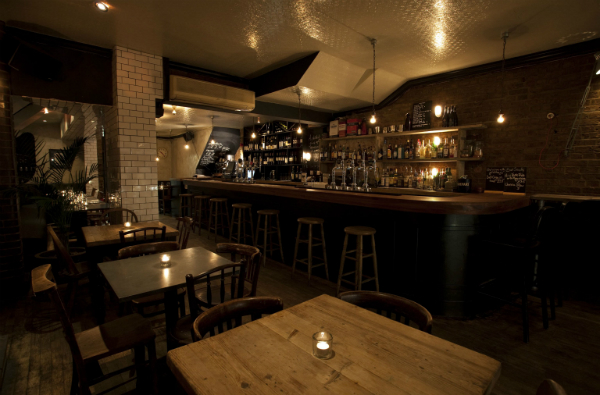 The food is also a fusion of old and new, or rather an update on traditional recipes. For example, my companion and I shared our starters of Cornish Crab on Toast, and Salmon and Cod Fishcakes with Tartare Sauce. The dishes are classics, but they are prepared with a twist.

Of course the ingredients are fantastic, and the Cornish crab in particular was exquisite, but the Rookery’s approach is not to complicate things. The crab is seasoned with a bit of brandy and cayenne pepper; the flavours are so delicately blended, that the effect is sublime. The perfectly crisp toasted sourdough bread heaves underneath the generous portions of crab, so that shellfish is juxtaposed against the exciting crunch of the toast.

This satisfaction is matched by some very good cocktails, and by good I mean potent and well-balanced. A Negroni for me, and a Gin Fizz for my companion mean that our conversation does not get stuck in any mires of mundanity, but can race forward through some engaging topics and racy anecdotes which are probably not all that appropriate for this article. The main aim of a place like The Rookery should be to encourage conversation and joie de vivre. Pleasingly, The Rookery does this, through its dedication to sharing. 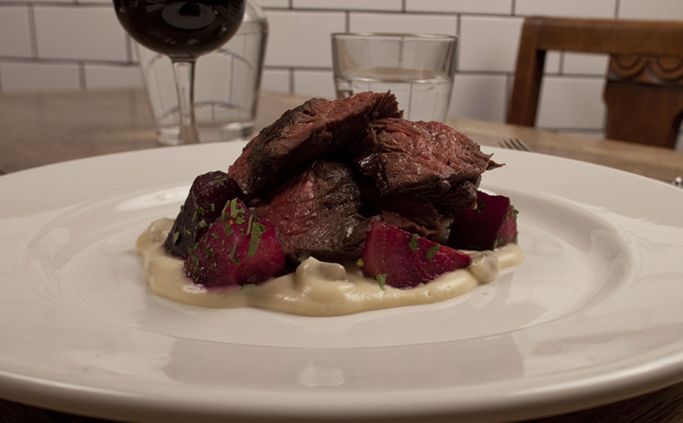 As I mentioned fleetingly at the start of this review, the conventional, British way to serve a pie is for it to come specifically for one person. However, the Rookery serves its pies for two or sometimes three. My guest and I had Sea Bream en croute stuffed with black truffles and buttery leeks, served with some steamed fennel and purple sprouting broccoli. This pie came from the kitchen with its golden crust glistening underneath the soft, low lighting, and the steam from the adorned greens rising up breeding with the aromas of the heavenly pastry.

The presentation of food like this is almost ritualistic. People around the restaurant can only stare as this mammoth dish is brought to you like a gift from the gods, and laid out before you like a sacrificial lamb. You make an incision in the fragile pastry which exhales as you pierce its skin. You choose the appropriate portions for each other and this form of diplomacy only brings the two conversationalists closer together. Then finally there is the mutual enjoyment of the meal that you have both chosen. “What a great choice we made!” you both say. “Isn’t the fish just divine?” you both exclaim. For gone is the silent ill-will of the man who made the worse choice, or the smug interjections of the serendipitous connoisseur. When a dinner like this is shared, one can rejoice in friendship and celebrate food.

The Rookery provides an exception to the stereotypical British insularity. It promotes conviviality through the sharing of good food and good drink, and so gives us hope. We could all be much jollier if we only shared our pie once in a while.