Trending
You are at:Home»The Foodie»Tipples»Beluga Cocktail Hour
By Jerome on September 8, 2021 Tipples

Aah, Cocktail Hour. It’s a forgotten concept, that window post-work and pre-dinner affording one a moment simultaneously to unwind, recharge and whet one’s appetite ahead of the evening meal. Admittedly, we might do that by default, but how much effort do we really devote to it? Not to be confused with Happy Hour, Cocktail Hour is far more sophisticated. It is, and should be, an hour or so, and be a window to ease into the evening, with a suitable aperitif – not, as its jolly sister sobriquet implies, to neck as many cheap drinks as you can to load up before the bar starts charging.

Given its more refined stature, it’s only fitting that a quality libation be enjoyed. Something to take time over – and to set the tone for one’s evening. It’s with this in mind that Beluga, Russia’s ultra-premium, triple-distilled vodka, in conjunction with some of the country’s leading bars, created a series of mood-matching martinis to be enjoyed this September. 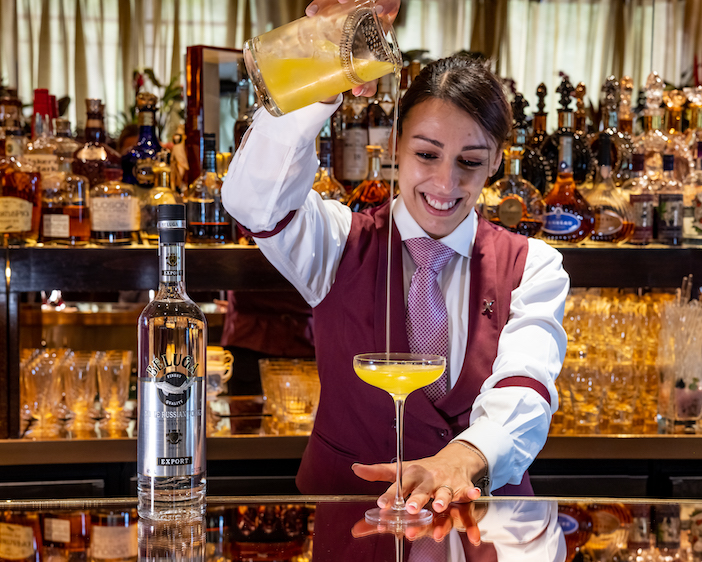 The Martini Matchmaker series is being run across five of the finest bars in London and Birmingham, where their mixologists are each offering a different take on the classic cocktail and, in turn, each paired with a sweet or savoury snack, for a singular martini experience. Each interpretation is designed to match a specific mood, highlighting the creativity of the venue and the versatility of the vodka. It’s a clever concept and eliminates that quandary of where to go of an evening – now the choice is made for you, depending on the mood or occasion that takes your fancy.

The bars featured are The Coburg at The Connaught, The Bar at The Dorchester, Eve Bar by Adam Handling in Soho, 10°Sky Bar at Galvin at Windows and Madeleine at The Grand Hotel in Birmingham. 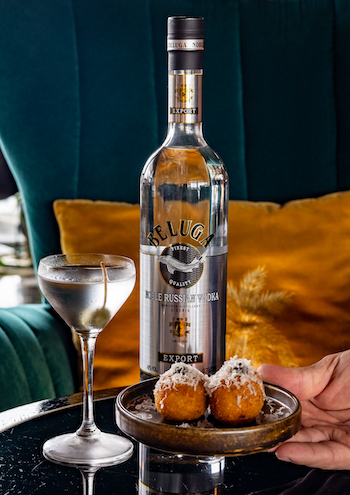 10° Sky Bar at Galvin at Windows is named after the golden hour when the setting sun creates a dusky glow over the city. Inspired by the flavours of the Mediterranean, they have developed The Distant Star, using Beluga Noble as slightly sweet base to offset the savoury tones of the drink and designed to be sipped whilst enjoying unparalleled views.

Those looking to enjoy a sundowner, can savour the martini which includes Beluga Noble Vodka infused with manchego cheese and truffle gin, shaken and garnished with a caper berry. Alongside the view and the most more-ish of drinks, a snack of jamon and manchego croquetta comes too. The perfect after-work option to unwind and leave the stress of the city behind.

At Eve Bar by Adam Handling, behind the bustle of Covent Garden this hidden oasis of cool and indulgence is an opportunity to kick back with the Elysium Martini. Staying true to its namesake, Elysium is home to the blessed, and so this heady concoction combines a luxurious blend of Beluga Noble Vodka, Sturgeon smoked butter, Belsazar Riesling vermouth and lemon and thyme gel, paired extravagantly with a sturgeon smoked butter and English Exmoor caviar topped waffle. This one is one for celebrations, toasting to success and joie de vivre. 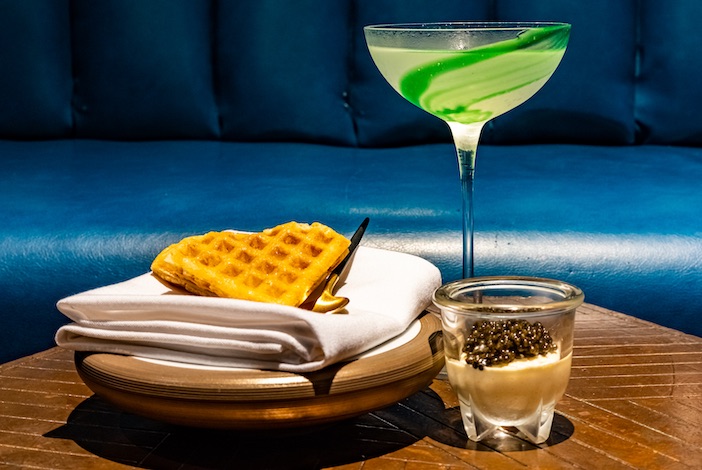 At One with Nature at The Dorchester

Take a seat at The Bar at The Dorchester, where the martini is given a floral touch to help you reconnect with the world and unplug. A delicate infusion of sweet flavours, the Flora & Fauna is a smooth martini cocktail inspired by the botanical gardens of London. Beluga Noble Vodka acts as the ideal canvas for the pretty-as-a-picture aromatic flavours to sing.

Flora and Fauna, The Bar at The Dorchester

A Sweet Disposition at The Coburg Bar at The Connaught 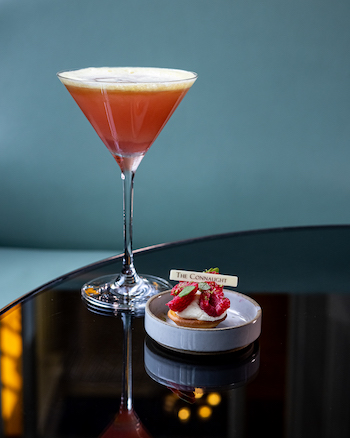 The Coburg Bar at The Connaught combines expert mixology with their famed flair for patisserie with this take on the martini: A Personal Affair. Like patisserie, mixology is a science and so only the purest of Beluga Noble Vodka is shaken with their home-made raspberry and vanilla jam, lemon and grapefruit juice, a touch of orange water and topped with champagne.

Served with a beautiful raspberry and vanilla tartelette, The Connaught made this martini for those who appreciate the sweeter things in life.

A Personal Affair, The Coburg Bar at The Connaught

In the Mood for Love at The Grand Hotel in Birmingham

The Grand Hotel in Birmingham offers up a slice of French magic in the city centre. Already garnering a reputation as the hottest cocktail bar in town, Madeleine serves a cocktail inspired by the beautiful light of Paris with The Golden Hour.  Smooth Beluga Noble Vodka, golden beetroot Bianco vermouth, and raspberry eau de vie, is stirred before being dusted with freeze dried raspberry. The cocktail is to be enjoyed with a brioche toast topped with triple-crème Brie, golden beetroot, and raspberry in sumptuous surroundings. A match made in Paris for those in the romantic mood.

The Golden Hour, Madeleine at The Grand Hotel Birmingham

The Beluga Martini Matchmaker Series will be available at the selected bars for the entire month of September 2021.