The rower was neither a young man nor particularly old. His tumble of grey hair spoke of the passage of time, but his spare frame was that of a youth. He was a ‘man-child’, his navy blue lycra ‘all-in-one’ emphasising this dichotomy – conferring on him a certain Spartan air, while also suggesting a baby-gro. 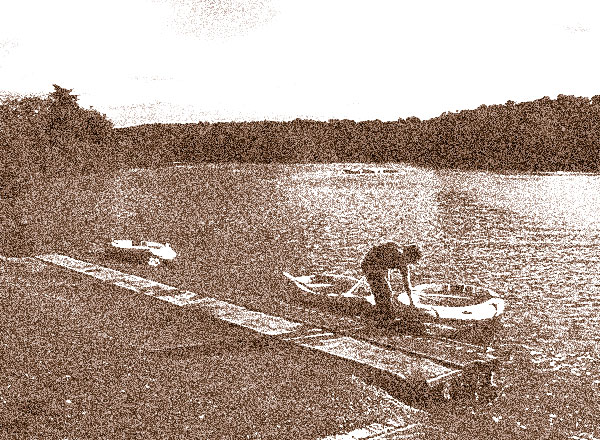 He strode out of the boat-house with the dagger-like rowing boat resting across his broad shoulders. It acted like a pivot, his body slightly crabbed to the left to balance the weight. The craft extended some twelve feet, front and back. The scale of the object, conveyed by a solitary individual, lent him a primitive, even primordial, quality. He seemed out of time or maybe timeless: an Assyrian on the Tigris, an Egyptian on the Nile, a Viking in the Fjords, an Inuit preparing to enter the frozen channels of the arctic.

He liked to imagine himself in another life; in another man’s shoes. The act of rowing was akin to slipping into an earlier time, before the locomotive, when the world was still a mystery, and Dragons and trolls roamed the unexplored regions.

He could feel that child-like excitement rise within him as he anticipated the journey ahead of him; into his own “Heart Of Darkness”. It was early, just light, and mist drifted across the river concealing the bulrushes and bank on the opposite side.

He stepped quickly onto the floating dock. The boat wobbled as he swung it off his back and plopped it into the dark waters. The sleek, black scull promised speed but also screamed fragility. It was barely the width of his buttocks, and its sharp bow bobbed like a fisherman’s fly, testing the elasticity of the water’s meniscus. 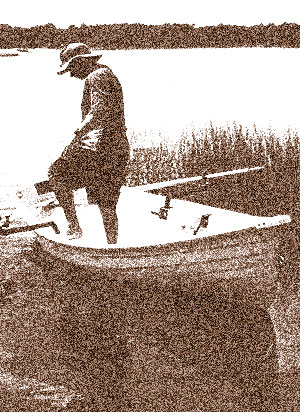 Two muffled figures appeared in the mouth of the boat-house. They tugged at his consciousness. He could hear them conferring. They wouldn’t be juniors, not at this hour; they were either illicit smokers or rowing seniors. Their unabashed presence suggested the latter. He could feel their curiosity burning a hole in his back. It had been a long time since he had worried what a teenager thought of him behind his back. To get into that game would drive any teacher potty. Or any parent, for that matter. He would be meat for their gossip at prep time.

He set about inserting oars into unwieldy riggers; his labours made more difficult as he held the boat with one splayed hand while he used the other to run out the blades and tighten the screws on the gates. His slender fingers whitened with the strain of shifting burred threads, set hard with the passage of time. He reached for the footplates to adjust the leg-room, but then re-considered. The length had been set by his son, and ‘Dan’ was always very particular about people “messing with his stuff”.

Without ceremony, he stepped into the boat. Careful not to place any load on the outer shell, he landed with a practised ease into the sliding seat that would support his weight during his time on the water. The boat hovered uncertainly as he tucked the handles of the oars above his thighs and quickly laced his feet in the oversized boating shoes attached to the footplate.

Why did the boy insist on disturbing him? He looked up, preparing to reject his interlocutor. He was greeted by a smiling sixth-former with freshly-brushed, blonde hair, wearing a camel-coloured overcoat and school-scarf. His friend hung back beyond the dock.

“James Morris. I was in your… Before you… “ His face clouded, then it brightened again. “You took me for history at O’level. Hitler, and The Stuarts.”
Perdu looked away.
“But what I really thought was wicked was the nineteenth century constitutional history you did in our politics module.” He beamed, “It was because of you that I’ve just applied for a House of Commons internship over the Summer.”
“Yes, Morris, if you give me a push that will be most helpful.” 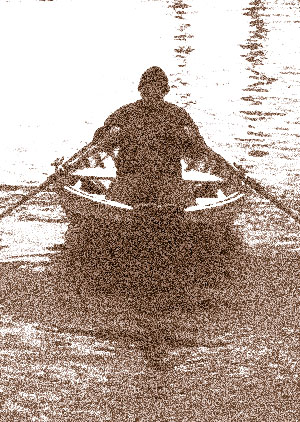 Perdu cringed at the sound of his voice. He was turning into a caricature of himself – a twenty-first century Mr Chips. But he couldn’t help it. No matter what he did he was locked into a way of acting and performing that seemed to be coming out of a source that he was not in control of. He was playing a part in a drama that someone else seemed to have written.

Morris lifted the end of the oar on the jetty and lent into it at as Perdu pushed back. The boat nudged into the stream. Morris let go of the oar and it drifted flat onto the water.
“Sir? Is this your boat?”
“My son’s. I’m taking it up river.”
“You competing in the Olympics?” Morris chuckled.
“I’m taking it home.”

Perdu flexed his fingers on the oar grips. He sat up tall. From above, his boat formed a perfect cross, perpendicular to the resting oars. The blades were like the balance pole a funambulist would employ, distributing mass away from the fulcrum of the boat’s keel and fin. Upon their movement, through the air and the water, depended the whole stability of the oarsman and his craft.
“Are you coming back, sir?”
Perdu stared straight ahead.
“Morris, I’m thinking it’s good about your internship. The best cure for admiring politics is to go and take a look at it.”

And with that he pushed down on his feet, his torso extending backwards, his arms swiveling the blades to catch and draw through the stream. The boat was away and in no time the boat house and the boys were disappearing and then he was engulfed as if in a magical cloud and the only sound was the splash, draw and release of his blade and the slight straining sound of the hull ploughing through the waters.