Trending
You are at:Home»The Lifestyle»The Idler»The Crown In Crisis: An Insight
By Alex Larman on July 8, 2020 The Idler

Every author hopes that their book is going to be successful. Otherwise, nobody would put themselves through the rigours and difficulties of writing it. Someone said recently that there are only three really enjoyable parts of creating a book: the first royalty payment, the second royalty payment and the third royalty payment, usually made on signature, manuscript delivery and publication.

Although this is one of those rather bitter jokes that authors like to make to show off their world-weary qualities, there is a grain of accuracy in it. If one is writing a novel and one isn’t a household name, the obvious question is who on earth is going to read it, and whether it can sell in sufficient quantities – and impress the critics enough – to justify one’s publisher taking the gamble again. And with non-fiction, especially in my own field of historical biography, there are several other issues to contend with. 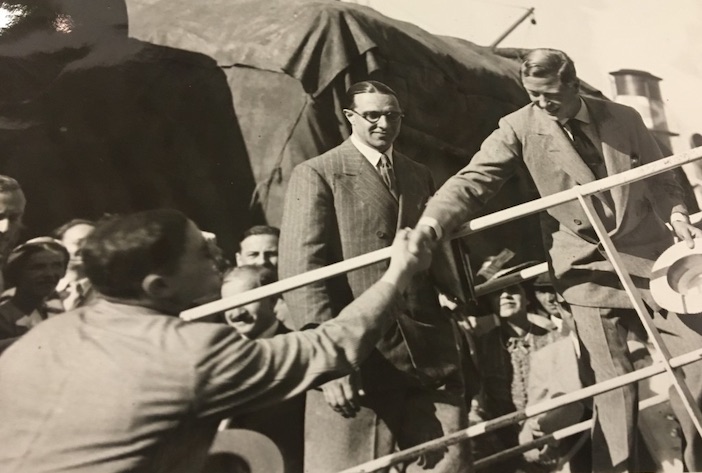 Monckton (centre) with the Duke of Windsor

I first started thinking about my fourth book in the summer of 2018, when I began researching the life story of Sir Walter Monckton, lawyer, politician and adviser to Edward VIII during and after the abdication crisis of 1936. Monckton was a fascinating figure, and distinctly overlooked from a biographical perspective. Thirty years ago, I would have written a book about him and I could have expected blanket review coverage and decent sales. But now things have changed. With more books published than ever before, it takes something quite special to stand out from the throng. Or, alternatively, one has to go back to one of the two subjects that is more or less guaranteed box-office, still: the British royal family.

The other one is the Nazis, and my research into Monckton and the abdication saga certainly threw up a lot of material relating to Edward VIII’s ill-advised ‘sympathy’ with Nazi Germany and with Hitler himself. I gradually began to shift the focus of the book, first onto Monckton’s involvement with the abdication and then, eventually, onto the abdication itself. By the time that I began writing the book, now entitled The Crown In Crisis, it was a fully paid-up saga of the strange events of 1936, with a cast of characters including royalty, courtiers, politicians, the demi-monde and writers. 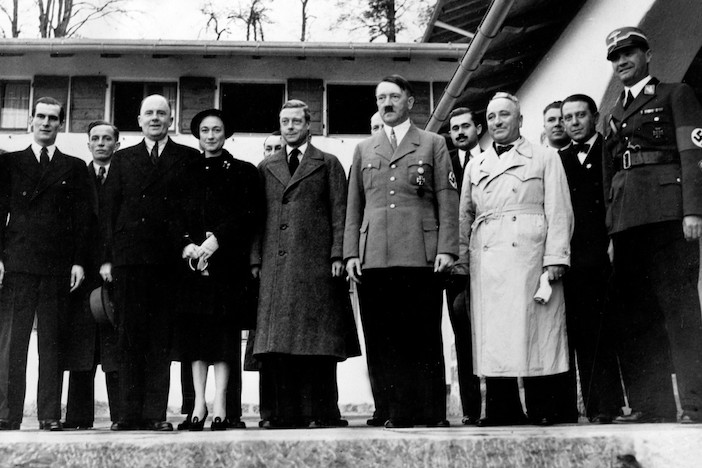 The Duke and Duchess of Windsor photographed with Hitler, 22 October 1937, during their visit to The Berghof, his country house in Berchtesgaden

Monckton, of course, was prominent: more so than he had been in previous historical accounts. I travelled all over the country to conduct interviews with those who had known Edward and Wallis Simpson, visited archive after archive and library after library and generally put the hours into the research. But I remembered the sage words of my literary agent; ‘What you need in a book like this is a smoking gun: something that will get publicity attention upon publication. That will drive sales and interest. Otherwise, it’s just another book using the same old material.’

At times, I began to despair. Material that was new and thrilling to me had been brought out into the public domain before, I discovered: the seismic revelation that Edward’s telephone had been bugged by MI5, for instance, had made it into a TV show in 2017, and Wallis’s excellent biographer Anne Sebba had discovered a cache of letters between Wallis and her second husband Ernest that gave an entirely new complexion to the relationship between the two of them. I was beginning to think that my book would end up being more of a best-of interesting material that had not made it into major abdication books before than a real addition to scholarship. And then two rather magnificent things occurred. 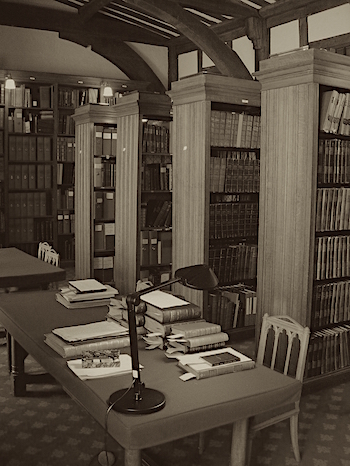 The first is that I was granted access to the Royal Archives, where a huge amount of fascinating (and, for a biographer, essential) material is contained. One heads to the Archives through Windsor Castle, and one walks up to the famous Round Tower, where all mobile phones and recording equipment are strictly forbidden. One has a few hours to go through as many documents as one can, quickly noting down the salient and newsworthy details from them and desperately hoping that it will be enough to give the book the gravitas and authority that it needs. I think that The Crown In Crisis is an immeasurably better book for the information that I found, and I hope that readers find it surprising and fascinating, too. But the – quite literal – smoking gun was discovered in altogether more surprising circumstances – about a mile away from where I live.

Walter Monckton donated his archive upon his death to his old college, Balliol in Oxford, which now holds his papers, letters and journals in a converted church. There is a vast amount of interesting material in them, not least his unpublished memoir of his involvement in the abdication, which I drew on extensively. Yet it was something altogether more extraordinary that excited my imagination, a bizarre document entitled ‘He Was My King’. Its author, George Andrew McMahon, was not hitherto known to me, but it soon transpired that he had been briefly notorious in July 1936 for staging a disruption while Edward VIII was inspecting the royal cavalry.

He had merited perhaps a paragraph in most previous accounts of the abdication, being seen as little more than one of the innumerable cranks and irritants that any monarch briefly comes into contact with over the course of their reign. Yet, as I read McMahon’s document, two things became increasingly clear. Firstly, he had been a paid MI5 informant, despite a heavy drinking habit and obvious unreliability. And secondly, none other than the Italian embassy had firstly paid him for information, and then to stage an assassination attempt on Edward on July 16 1936. It was a fantastic story, full of drama and secrecy, and I felt honoured that I would be the first to tell it in its baroque and surprising detail. Here was the smoking gun, at last. It made for a fascinating chapter to write, and entirely of a piece with the rest of the book. 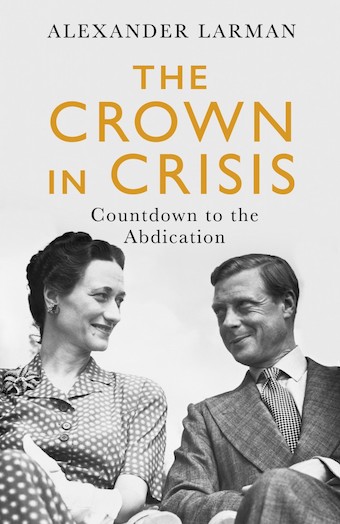 As I write this, the book is on the verge of publication. As I had hoped, the saga of McMahon has attracted a great deal of attention, with big features in the national press and the international media, and I have been speaking about it in podcasts and films for anyone who wants to discuss it. I was thrilled that it was serialised in both the Daily Telegraph and Daily Express – it’s a rarity to get one serial deal these days, let alone two – and I have to trust that, with bookshops reopened, people will tentatively brave a trip to their local high street in order to scurry home with a copy of The Crown In Crisis.

At the moment, all bets are off, and I have no idea how successful the book will be. But I can at least say, proudly, that it is the best one that I have written so far, and that the thrill of making a significant discovery – one that actually adds new details to historical accounts – has meant that I have, at least, achieved a long-desired ambition to write a book that has actually made a difference. Which beats any royalty payment, let’s face it.

The Crown in Crisis: Countdown to Abdication is released on 9th July 2020, widely available. It can be pre-ordered here. For news about the author, and previous works, please visit www.alexanderlarman.com.