Trending
You are at:Home»The Explorer»Spas»111 Revisited
By Anna Selby on May 24, 2021 Spas

Back in the late summer I had a facial at 111 Harley St., about which I waxed lyrical in the September ‘Spa of the Month‘ column. It was, as I said at the time, the most effective facial I have ever experienced and, what’s more, it stood the test of time – so even weeks later I could see a big difference in my skin. This in my experience is unique – as a rule, however glowing you may look immediately after a facial, the results are fleeting.

This particular facial, strictly speaking, is more of a medico-facial in that the products used in it were produced by plastic surgeon Dr Yannis Alexandrides to speed up the skin’s recovery after surgery. The serum he developed, in particular, known as NAC Y2, was so popular among patients, they wanted it for long-term use at home. And so, the 111 skincare range was born.

The facial I had back in September was called, to give it its full name, Celestial Black Diamond non-surgical lift facial, so you get the picture – this is pretty serious stuff. But facialist Milena Naydenov (she’s actually 111’s Global Head of Aesthetics) told me at the time that this was just the beginning. 111skin also have more advanced facials I could try. 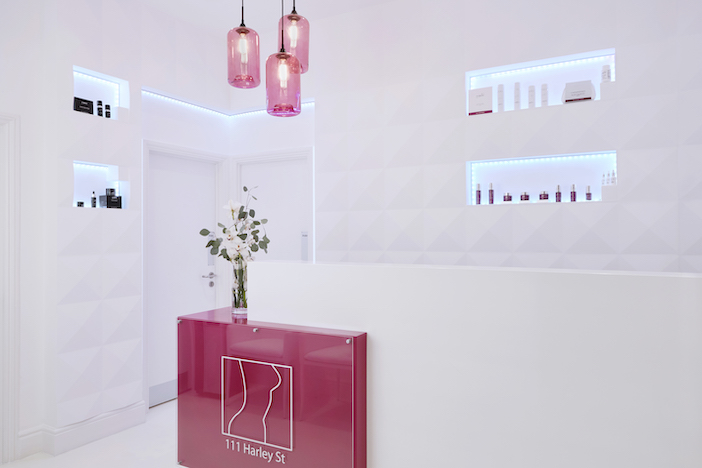 Now you could call me a bit of a scaredy cat when it comes to the “advanced” idea – I’m not a fan of needles and I definitely don’t like pain. However, after the results of my facial and Milena’s calm and practical approach to skin, I decided to go for it. So we decided on a course of three sessions, the first one being DYE-VL, more commonly known as IPL (Intense Pulsed Light). Milena describes it as “a light that likes colour” and it’s attracted to the colour in your skin that’s not supposed to be there – redness, sun spots, melasma or pigmentation. So it works highly selectively and only on those areas that need to be brought into line with the rest of the skin colour, evening it out as the light penetrates deep below the skin’s surface, breaking down melanin (or pigment) which eventually rises to the surface and naturally sheds off.

As a very helpful side-effect, it stimulates the production of collagen which also plumps out the skin. She recommended a series of three sessions then a top-up every six months. My skin would really benefit as it’s fair with a certain amount of redness – this is not a treatment she recommends for darker skins.

So, after cleansing, Milena applied a freezing cold gel and handed me a blower to stream cold air over my face while it’s all happening. I have to admit, it’s not what you’d call relaxing. Nanosecond-long pulses send shockwaves into the target areas and Milena likens the feeling to having an elastic band flicked against your skin. You do flinch and, immediately after, you are also pretty red. At this point, you might start wondering whether this was such a good idea. 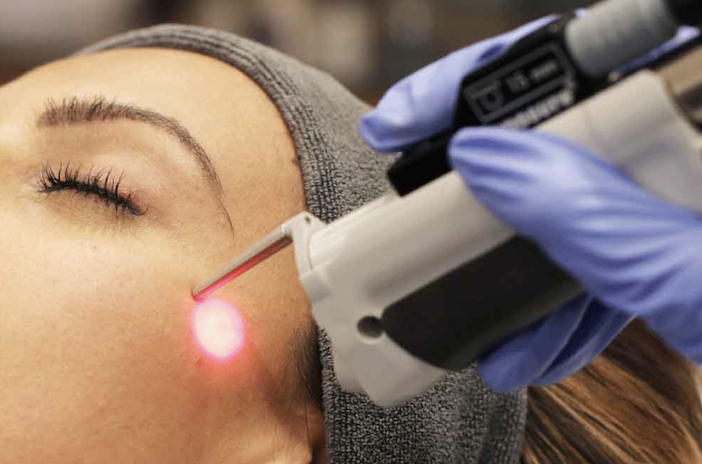 You do need a little time for the redness and puffiness – the two main immediate reactions – to fade away before you see the results. This can be several days – I was lucky and it was one in my case. The results are very visible, with variations in skin tone clearly evened out both in terms of pigmentation and also general tone. Milena had pointed out to me during my original facial that my skin was dehydrated. Now these areas that had been particularly affected were much more plumped up.

Session two was a shorter version of IPL, followed by iPixel. This is a fractional ablative laser treatment – meaning it targets specific surface areas of the skin with pixel-size (hence the name) beams. These destroy injured or damaged cells by creating a controlled trauma in the dermis, inciting the body’s natural response to repair damage which it does by toning, tightening and resurfacing. It’s highly effective for treating fine lines and wrinkles, age spots, acne scars, large pores and rough skin texture by stimulating collagen renewal and new healthy cells.

Again, it’s not what you’d call fun. There is a burning smell – as the water leaves skin and it dehydrates (later to reveal that wonderful fresh new skin). So just focus on that while you use that blower because your face feels like it’s being burned. Immediately afterwards, you look like a really bad case of sunburn. Any lines will look temporarily worse, too, because the puffiness will exaggerate them. Dark pigments get darker before they disappear. Like IPL, iPixel also causes puffiness – swelling if you’re unlucky.  To avoid this, you sleep with a lot of pillows to help drainage. I will look in the mirror in an hour, Milena tells me, and think: what have I done? 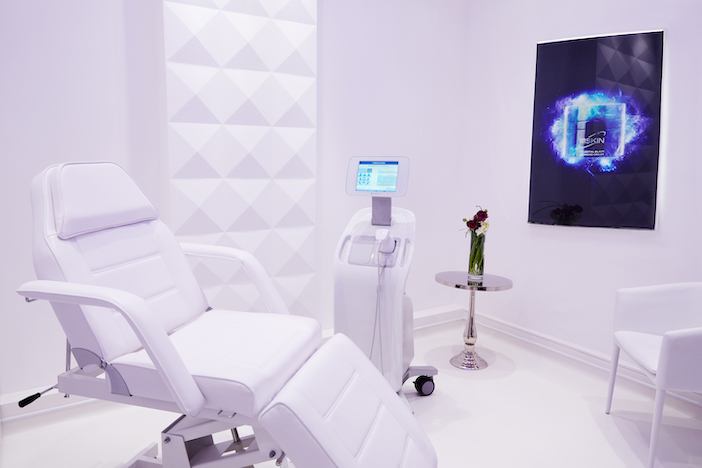 However, this is very much a “keep calm and carry on” moment. Just wash and keep it very clean, Milena tells me. Don’t apply poultices to reduce swelling or redness, just a little of the lightest moisturiser or nothing at all. Basically, the skin has to dry out and fall off (I know this sounds scary) and you just have to let it do its stuff. Milena reckons on two days where purdah may seem like a decent kind of a plan. She applies moisturiser plus a lot of sunscreen before I leave even though it’s a dull late October day.

So, how did it go? Day 2, my face was looking even puffier though the redness had subsided. However, some areas of pigmentation had darkened further and I mostly resembled a chipmunk. Later in the day, my skin (as Milena had forewarned me) started to feel dry and rather rough. Day 3, I was still a bit puffy and my skin was starting to feel rough and scratchy. By Day 4, the roughness had just about disappeared and the fresh skin had a definite bloom and evenness of tone.

My third session (thanks to Covid) was delayed so it was several months later, when I found myself back with Milena in 111 Harley St. Looking back to how my skin had been (Milena takes several photographs each session), I could see even with just those two treatments months earlier my skin was still looking far better than when I began the process, with a much more even colour and tone. 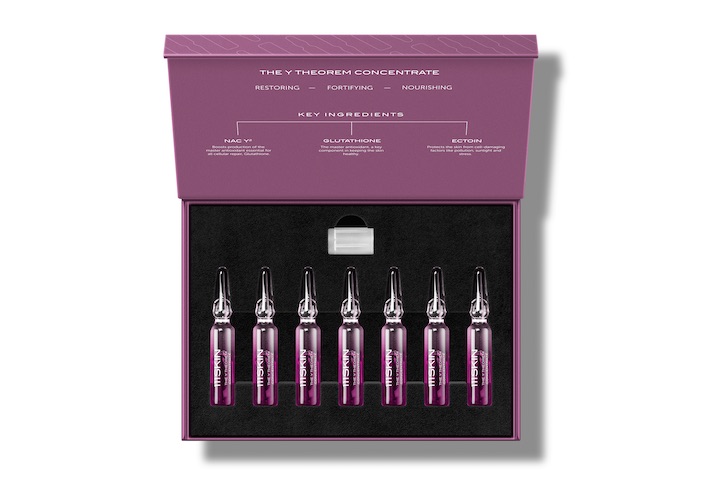 After close inspection, Milena decided on an even briefer IPL followed by iPixel. Back to the blower, heat and that pinging elastic band. But worth it? Most definitely – even all that redness and puffiness (and I do recommend those two or three of days of purdah) are nothing when compared to the results. This time, too, they were helped along by 111’s brand new Y Theorem Concentrate. This is based on the NAC Y2 serum plus Glutathione (master antioxidant) and Ectoin (this protects the skin from pollution, sunlight and any other outside stresses). It promises a 22% increase in hydration and 23% reduction in redness. By Day 4, my skin was clear, tighter, even, rejuvenated. By Day 5, positively dewy.

So, it’s official – Milena Naydenov is a skin guru. If you’re looking for a post-Covid, lockdown boost, look no further.

For more information about 111 Harley Street, please visit www.111harleystreet.com and www.111skin.co.uk or call +44 (0)344 692 1111 for a virtual consultation. And watch this space for an exciting new 111 spa opening in Ireland soon at Adare Manor in County Limberick.