Dutch style has influenced consumers the world-over via products by Droog and Philips, architecture by Rem Koolhaas, and the work of branding agencies like Strawberry Frog, to name a few. Not long ago, Financial Times dubbed The Netherlands ‘the most distinctive and coherent nation in design today’ . 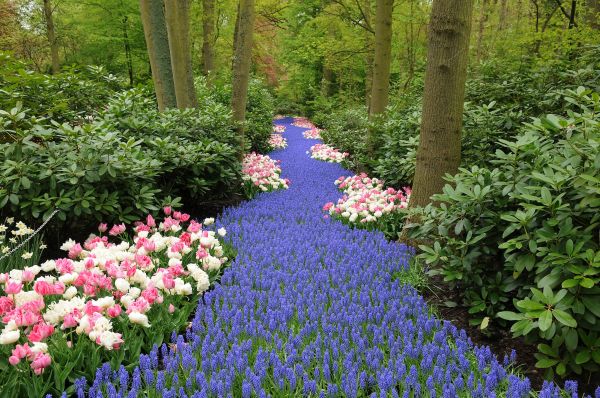 Even a visit to the well-known Keukenhof flower park in Lisse (40 km from Amsterdam) is not devoid of design touches. In its Juliana Pavilion, the naturally stylish orchid is made runway-ready through inventive fashion displays. There, mannequins clad in garden garb like ‘tree bark dresses’ lord over flora and fauna.

Each year, for eight weeks beginning in the first week of spring, the Keukenhof draws some 800,000 visitors with such floral design shows, along with enough tulips to satisfy even the most fanatical 17th century bulb trader. This year’s theme – orchestrated in collaboration with the Royal Horticultural Society – is ‘United Kingdom Land of Great Gardens’, and pays homage to ‘the English Garden’ through traditional designs alongside such creatively kitsch displays as a bulb mosaic of Big Ben and Tower Bridge. 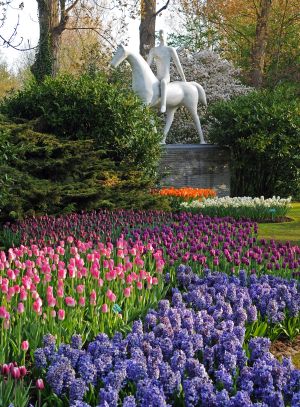 It’s a 40-minute bus ride to the park from nearby Leiden and its environs (20 minutes by taxi). We stayed at De Beukenhof, a stylish little inn in Oegstgeest, which makes an ideal base for botanical explorations, and is roughly four kilometres from the historic university town.

Each of its 9 suites stylistically depicts a marriage of new arty Dutch design and 18th century furnishings, in a historic structure that dates back to the 14th century. The Beukenhof’s namesake restaurant has pleased the palates of diva extraordinaire Maria Callas, screen legend Liz Taylor and Queen Beatrix of The Netherlands. The latter is set to abdicate and hand over the crown to her son Prince Willem-Alexander in an elaborate once-in-a-lifetime ceremony on April 30th (Queen’s Day) at the Royal Palace in Amsterdam. 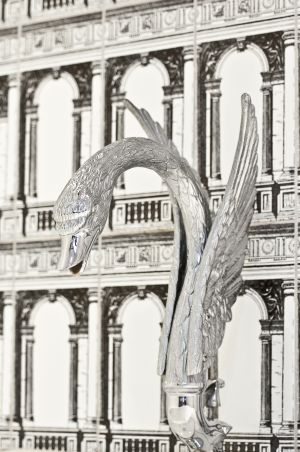 Holland’s most globally popular city will also be the site of two big upcoming artistic unveilings: the re-openings of the Van Gogh Museum (in May) and the Rijksmuseum (in April). The latter had been largely closed for renovation for over a decade.

Since then, like all major cities, Amsterdam has experienced the omnipresent phenomenon of ‘urban sprawl’. Funky outlying neighbourhoods like the Westelijke Eilanden (with its artists’ studios), Oost (with its street art culture) and De Pijp (a Dutch Shoreditch/Williamsburg) have – like black tulips – bloomed through their uniqueness and aesthetic offerings.

De Pijp — whose ‘gateway’ is the Heineken Museum — is the home of new trendy design hotels like Sir Albert, the brainchild of Dutch branding agency KesselsKramer and hotelier Bram van der Hoek. Soft-opened in January 2013, the chic luxury boutique property cleverly aims to replicate the exclusive experience of staying at a friendly aristocrat’s city manor. An attentive bell boy/butler who could put ‘Jeeves’ to shame and a hand-written arrival note addressing hotel guest(s) as ‘Sir’ or ‘Lady’ set the scene. Lounging in its study – festooned with the requisite ‘dusty books’ and objets – fulfils any aristocracy-themed fantasies one might have. Its adjacent restaurant, Izakaya (opened in 2012) offers a Japanese grazing menu in a light, airy space.

Just across the road, retailer Good Genes puts a too-cool-for-school international spin on Dutch artisanship with its bespoke jeans fabricated using vintage denim/jean machines. Add to the fabric-oriented fantasy – in retro Nick Kamen/Levi’s ad-style – at nearby Wash & Coffee, where spartan Dutch design, sandwiches and washers and dryers meet in an odd nexus of caffeine and cleanliness. 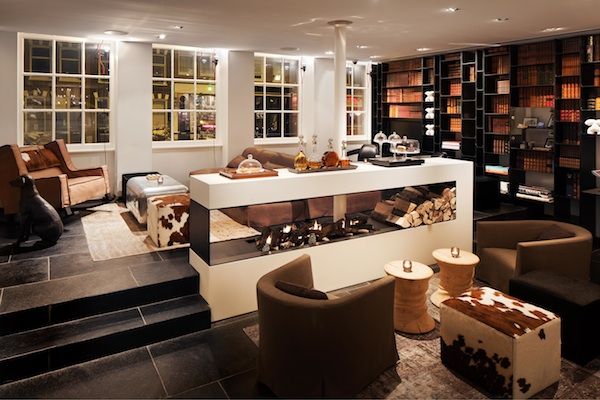 Beyond the trendy Pijp, large-scale transformation is taking place city-wide – most notably the construction of a metro system whose completion is scheduled for 2017. But fear not, bikes – firmly entrenched in the Dutch psyche – will likely continue to dominate the landscape. They embody two qualities much adored by the locals: form and function.

The über-hip and in-demand VanMoof bicycles (a.k.a. the Mini Coopers of bikes) seem to be accessible everywhere, from Conscious Hotels to MacBike. These tech-updated throwbacks to the original sturdy and retro-fashionable Dutch bikes have also been touted as marketing tools, so their brand-stamped models can be seen zooming through Amsterdam, and throughout The Netherlands for that matter.

Prefer walking? These days, the Dutch shoes to walk a mile in are United Nude. Blending office chair and stiletto, clog and plastic platform, they are Holland’s most beloved and bizarre ‘architectural shoes’ (predictably worshiped by inveterate appropriator Lady Gaga, among others). 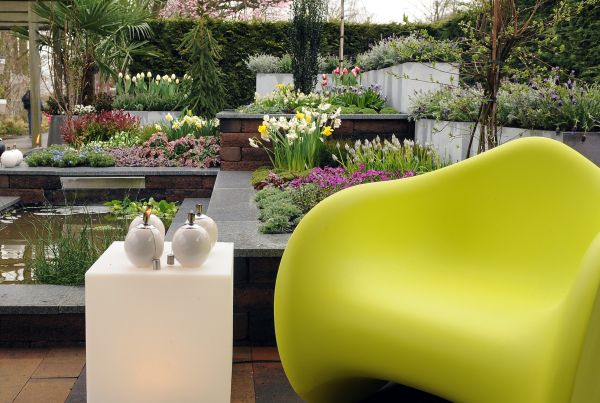 Evidently, the Dutch find ways to re-imagine and revamp the design of even the most ‘trite and true’ of their cultural clichés. This isn’t perhaps surprising considering the fact that national artistic icon Piet Mondrian’s observance of a humble windmill yielded abstract points, colours, planes and lines. Such a penchant for reinterpretation, innovation, and aesthetics is just as much a part of Dutch culture as clogs, bicycles, tulips and windmills are.