Trending
You are at:Home»The Explorer»Travel»Taking Time in Lausanne
By Shana Ting Lipton on July 2, 2014 Travel

As night falls, an anachronistic beacon looms over the city from a perch at Notre-Dame Cathedral in Upper Lausanne: the church crier. There on the hilltop, he carries the centuries-old mantle of announcing the time. In contrast, at the town’s proverbial feet — beneath a roadway, dwarfed by arches — teens sporting mohawks and street gear keep their own time, bobbing their heads to the rhythms of faint house music in the background.

Still, both town cryer and beatbox hero co-exist in this eclectic little city in the Swiss Riviera which is equally known as the stomping grounds of the jet set as it is for being a student-centric nightlife destination. There’s something about Lausanne that makes one want to get one’s hands a bit dirty in the dusty antique shops and funky boîtes of Le Flon, and then rejuvenate by the crystal-clear body of water that encases the town: Lac Léman (a.k.a. Lake Geneva).

The hillside Gothic cathedral is clearly a centre-point of the old town. Similarly, the architecturally devout are lured by Le Flon’s retail temple of La Miroiterie — an unmistakably avant garde white building with a ‘quilted effect’, designed by area architects Brauen and Wälchli. 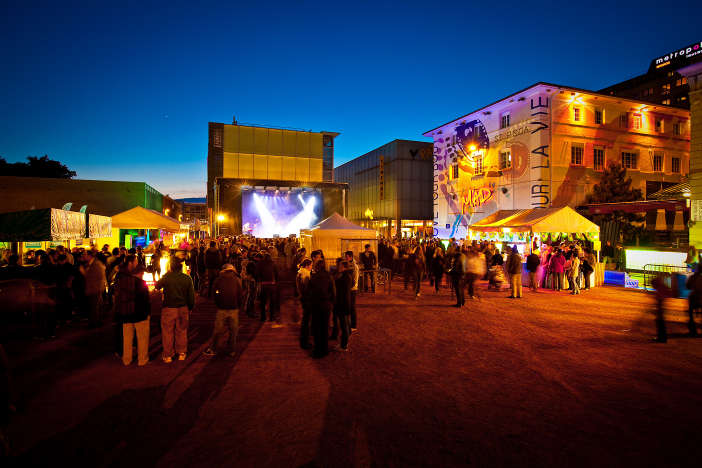 Le Flon is full of hidden treasures waiting to be unsheathed by art and antique aficionados. The latter are advised to travel light and load up on vintage Louis Vuitton, Hermès, Goyard, and Moinat luggage (some of it transformed into furniture) at La Malle au Trésor (Route de Genève 21). In the same industrial complex, antique shop PortFranc boasts its own too-cool-for-tourists secret: a charming, petit in-shop cafe. The boutique features unusual art objets by local creators — so local that some have their ateliers right in the building.

Flon art galleries Heinzer Reszler and Alice Pauli are a quick sprint away in an unassuming structure at Rue du Port-Franc 9. Through 11 October during the Lausanne Jardins, designers and artists finesse their green thumbs to fashion in-situ horticultural urban art installations throughout the city.

The restaurant and vinothèque Le Nomade (Place de l’Europe 9) — with its beautifully prepared modern seasonal Continental fare — is the perfect launching pad for a night of Flon-Flon revelry. Sit inside and order tapas, a Martini Royal and an Apérol-Spritz, or outside for a front row seat to the parade of street life that flows through into the lively square — home to legendary multi-level boîte the Mad Club.

There’s even an urban beach sand bar on the square during the warm months, and bands performing city-wide for the annual summer Fête de la Musique. In fact, Lausanne is said to draw close to 60,000 rowdy night worlders to its shores on weekends — a mix of students, cool kids, and — ladies beware — a certain contingency of zealous local men on the prowl (douchies from nearby Ouchy — pronounced ‘ooh-shee’). The city has also been known to attract international DJ talent like Tiesto (who’s spun at the Mad). 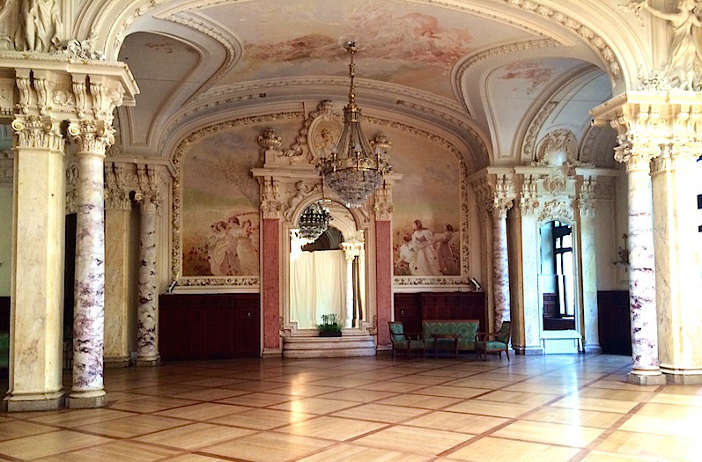 After a night of far too many Apéros and attempted-but-failed dance moves, it’s time to hydrate and replenish. Evian anyone? In Lausanne, one can enjoy the full Evian experience: the bottled water and its famous label’s mountainous view, front and centre, as Évian-les-Bains is right across the lake from Lausanne. The affluent spa town famously drew the eccentric likes of Marcel Proust during the Belle Époque. The most splendid views of Evian and beyond, from the Lausanne section of the Swiss Riviera (at even more splendid prices) can be found in the primely-located Hôtel de La Paix (Avenue Benjamin-Constant 5), a clean and pristine four-star in the centre of the old town.

Those with a loftier budget, generally head to the Beau-Rivage Palace (Place du Port 17-19, Ouchy) — where Phil Collins and Diana Ross were married (uh, not to each other) in a ballroom so grand it could make any wicked stepsister or Kardashian green with envy. Everyone from actors Charlie Chaplin and Keanu Reeves to writers Victor Hugo and Somerset Maugham have sojourned at the 5-star luxury hotel. It’s even got the double-C of approval as Coco Chanel not only stayed there but buried her beloved dog on the property.

A ten minute saunter away takes one to the Port d’Ouchy where CGN’s Belle Époque steamers — like La Suisse — transport vin-loving visitors around the Swiss Riviera. The first class upper deck of the boat is the only way to go. After navigating past what looks like a Titanic’s worth of pensioner couples in the dining hall, to the bow of the vessel, lounge chairs await champagne-sipping sea-farers ready to take in the epic alpine landscape. 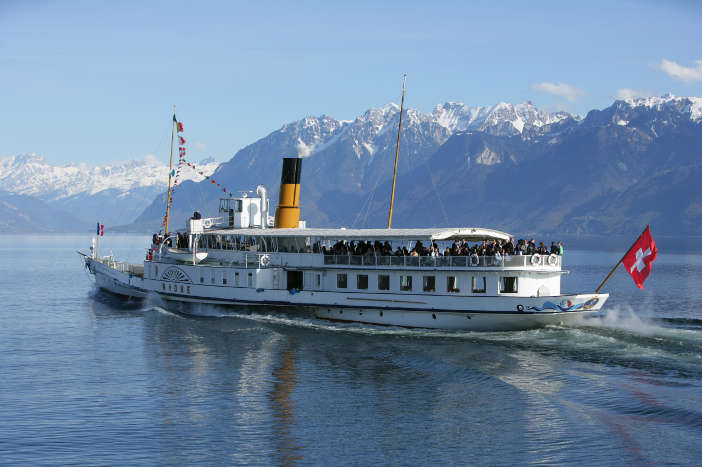 At Cully, a steamer stop, there’s time for a lunch break at the hotel restaurant Major Davel (Place d’Armes 8) which serves up simple but clean and exquisite dishes like seasonal white asparagus and filet of locally caught perch. Next door, La Maison Rose sells vintages and offers tastings of wines made of local varietals like the white Chasselas of which Lausanners are so proud (80 percent of the world’s Chasselas is said to come from the area). The fact that Lausanne has the most winery owners in all of Switzerland is brought home as one ascends the narrow, windy roads through to the Laveaux vineyard terraces (a UNESCO World Heritage site).

The Laveaux Express, a small yellow and green ‘kiddie’ train for grown-ups departs just outside the restaurant and transports visitors through the grape vines which date back to the 11th century. The rambunctious driver blows his whistle as another train going in the opposite direction chugs by — its red-cheeked wine-toting passengers cheering. When the train finally reaches the top of a hillside perch, the modest wine-tasting stand at its crossroads becomes an oasis for yuppie winos. The timeless views make one just as giddy and tipsy.

Time also stands still in more closed quarters at the Olympic Museum (Quai d’Ouchy 1), where the ‘Chasing Time’ show is running through 18 January 2015. Whether or not one is the type to weep uncontrollably at flame-lighting ceremonies or make the Olympic theme song a jogging soundtrack, this exhibit — at a beautifully newly-renovated museum — is a must. It explores the technology behind competition time as well as the sense of timelessness experienced by an athlete.

When in Lausanne, whether witnessing the ancient tradition of the church crier announcing the time, being hypnotised by four-four beats at a Flon night club, or taking a moment to appreciate the ethereal lakeside vistas, time does seem to stand still.