Trending
You are at:Home»The Culturist»Theatre»Mr Burns at the Almeida
By Abra Dunsby-Sircana on June 19, 2014 Theatre

US playwright Anne Washburn’s “post-electric” play will not leave you cold. Classic theatre lovers are likely to leave the Almeida feeling robbed of almost three hours of their lives and incensed by the play’s thinly woven plot. On the plus side, if you’re a fan of The Simpsons, cult Hollywood movies and off-the-wall comedy, Mr Burns will prove itself to be wildly entertaining.

The play begins in modern-day America, which is in the grip of an unexplained nuclear disaster resulting in the near extinction of the country’s population and a loss of electricity. To pass the time and escape from the horror of a grim reality, a small group of survivors huddle around a camp fire to retell the story of an episode of The Simpsons. It is the “Cape Feare” episode, which I haven’t seen but now feel intimately familiar with; the play’s entire first act is dedicated to its meticulous description. I suppose Washburn is making a point about how her characters use television to share a collective experience and regain a sense of self during a traumatic time: who needs God when you have Homer Simpson to comfort you? The play – which is named after Springfield’s very own nuclear power plant owner – is also littered with references to popular culture that will delight television geeks. The Simpson’s “Cape Feare” episode is a parody of Martin Scorsese’s film, which is in turn satirised as it is retold and re-appropriated by the survivors. It’s all very clever – or pretentious – depending on how you see things. 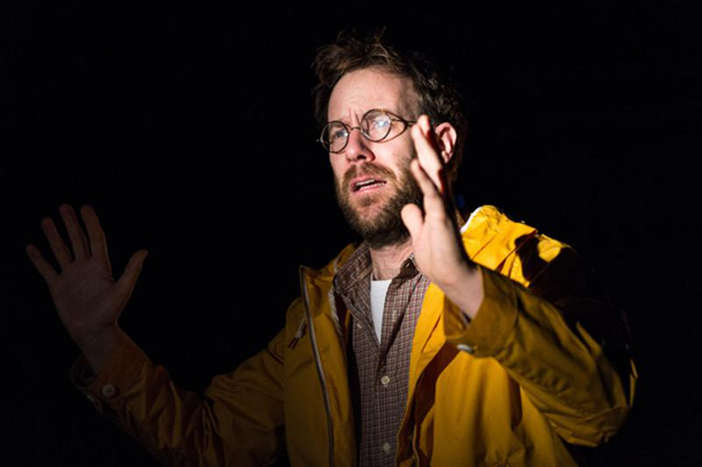 The second act pushes the action forward seven years: the survivors have formed one of several rival tour groups that re-enact episodes of The Simpsons and buy its best lines from people that remember them. They even act out the shows’ commercials. Washburn seems to be reassuring us with an ironic wink that even in a post-apocalyptic world, it won’t be long before the seeds of capitalism – competition and consumerism – once more start to take root. The survivors argue about what they want their performances to convey to their audience; whilst one wants the show to convey a deeper meaning, another says it’s all about creating “mindless entertainment.” Society might be dumbing down, Washburn points out, but we are the only ones to blame. Just when you thought it couldn’t get any more tenuous, the play delivers its own mindlessly entertaining sequence: a pop collage that shifts from Gilbert and Sullivan to Ricky Martin and back again. Bizarre it may be, but the audience – myself included – were reduced to fits of laughter at the sheer lunacy of it all.

After yet another 20-minute interval, an increasingly bemused audience is catapulted forward a further 75 years for the final act. It is at this point that the play descends to new levels of surrealism, with an amateur dramatics vibe to boot. The action now takes the form of an operatic musical in which The Simpsons characters are likened to a cult-like religious group whose members must embark on some kind of personal quest to survive. Whilst it’s very visually captivating, it’s far too bemusing and the play ends with a stunned audience that has lost any connection it might have once had with the protagonists.

The whole thing is very post-modern, which depending on your viewpoint might mean it’s a load of overly-contrived rubbish. Yet despite its alienating weirdness I remained interested, if not slightly bewildered throughout. That’s not to say the entire audience felt the same – while a handful of The Simpsons geeks chortled away at each reference to the show, others used the two intervals as an easy excuse to escape. The effect of Mr Burns left me feeling invigorated yet melancholy, for the play’s final message is a bleak one. In a world tainted by damage and destruction, our most indelible memories would not be shaped by the words of Hamlet or the Odyssey – but by those of Britney Spears and Homer Simpson.

Mr Burns at the Almeida Theatre, London, until Saturday 26th July 2014..For more information and tickets visit the website.