You’d never really know it until you’re up there, high above everything, but London sprawls in a way that shocks you; there is a shapeless morbidity to our capital. There’s little glamour at first, not much high-rise, just the City really. Once past that, there’s just this drawn out, impressive vastness that heads out toward the fringes, the suburbs, the greenbelt. It feels mixed up, re-moulded and confused, the antithesis of say, Paris, which is unreasonably uniform when looked down on from above. London seems far more complicated and messy, more multifarious and compelling. 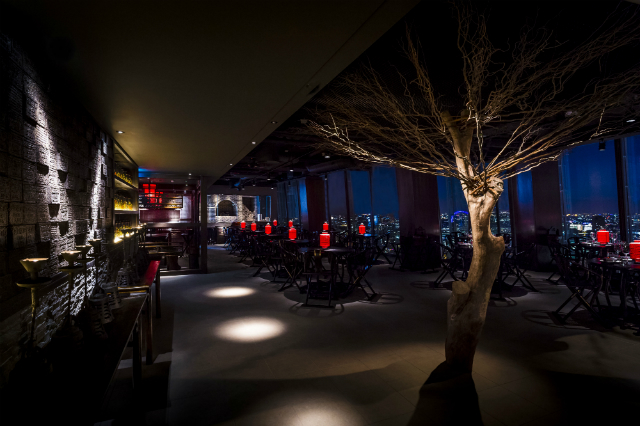 The Shard splits opinion, of course, but I have to say I rather like it; I’m a sucker for views, and this is the ultimate. Good food and views make fine combinations, but it’s rare to experience fine dining with a grand vista in London, so Hutong on the 33rd floor of The Shard marks a welcome addition to London’s ‘rooms with a view’, and offers impressive, high-concept Chinese food…for those with a chunky budget.

Hutong, which is named after the myriad streets and alleyways in Beijing, is the second restaurant of this name opened by Aqua Restaurant Group. The first outpost is in Hong Kong and is known to be a leading light in that city’s vibrant restaurant scene. The menu at Hutong is based around the fiery, chilli-heavy cuisine of Northern China, a style of Chinese cuisine that is relatively under-represented in London.

Your ears pop as you shoot up this huge, shining spike and it’s a true shock when you step out and cross over into the restaurant and first glimpse the aforementioned view, it takes your breath away. We’ve arrived relatively early, so the sun is still beating down on the metropolis. I predict a fine sunset to look forward to. 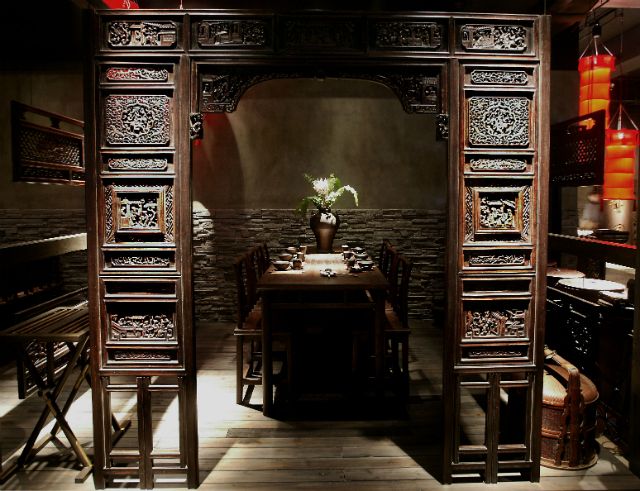 The restaurant is decked out in handsome red and black shining livery; it feels special, sleek and refined, a place to remember. The windows actually look like they could do with a good clean (I guess it may not be that easy), but are of course the central draw of the restaurant. We’re lucky enough to score a table so close to the drop that it leaves me a tad dizzy. We settle in with a couple of exquisite Mai Tais from an extensive list that covers classics, right through to medicinal-sounding, restorative tonics – the barmen here know what’s required of them and deliver on every level.

Dim Sum is a lunchtime speciality, but joyfully, it still appears as an evening appetiser at Hutong. We share a mixed platter that are delicately sticky, sweet and umami all at once. Crab meat dumplings burst in the mouth freeing up a delicious, savoury broth. The dim sum acts as a gentle primer to lead into the fiery essence of the following courses.

Red Lantern is a signature dish that’s travelled the world from Hong Kong to be here. It arrives in a heavy wooden basket, delivered theatrically at table. Inside, hidden in a sea of angry red Sichuan chillis are multiple golden chunks of deep-fried soft shell crab. This is hot, people – brutally, blisteringly hot. If you accidentally catch a chunk of dried chilli, you’re a goner, but the dish is glorious nonetheless. The golden cases are thin, well-seasoned and fried to perfection. Inside the crabs are hot and gooey, full of flowing, salty goodness and deep, resounding flavour. There are lots of them too, more than I was expecting, hiding under increasingly powerful spice. 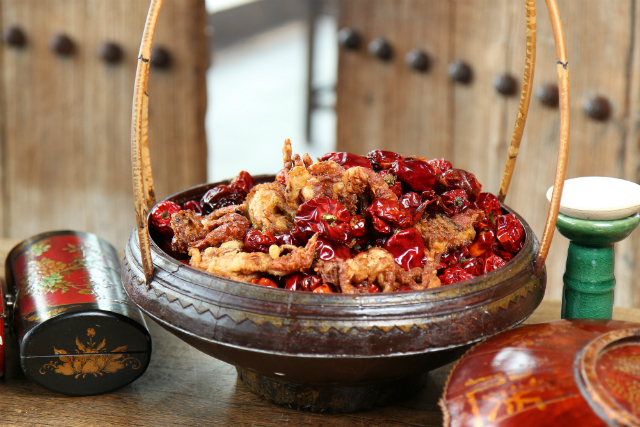 The price tag attached to the duck – £58 – has been much discussed by commentators, but so has the quality, and what quality it is! The duck is brought to table and carved at speed. We watch with a certain sense of awe; our duck-slicer knows what he’s doing and makes quick work of separating flesh from bone. There are few things in this life finer than a well-roasted Peking duck. The fat is soft, fluid in movement and comforts deeply as it coats the mouth, coupling with gossamer thin pancakes. We set about the pile and make fast work of this centre piece of the meal.

Puddings are just okay, but that’s no great surprise, I can’t remember ever really enjoying pudding in a Chinese restaurant. We finish up at the bar, nursing a digestif cocktail and staring out over our metropolis as the sun slowly dies for the day. The golden light has softened London’s angular edges and given it a rounded charm. It feels good to be looking down from this fortuitous spot.