Beyond plate glass, which reflects strings of LEDs in trees and a surging line of well-chilled commuters decanting into their offices, is L’Anima’s beautifully-composed dining room. A serene set before service, and minimal except for the giant splay of flowers precariously perching the stone bar, it is also seemingly as pristine white as when it opened almost five years ago. But the venue is more substantial, given that the shiny glass fence overlooking the street was extended to the original outline following resolution of a planning nuance. Within the £4.5m cocoon, charismatic Francesco Mazzei, curates and crafts the familial cuisine of his native Calabria, 1,500 miles away in Italy’s toe. 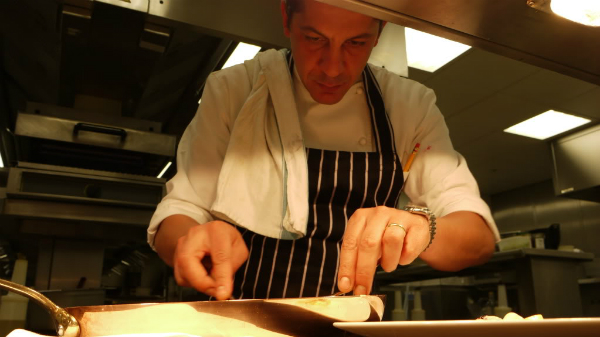 Bordered by Basilicata and the Ionian and Tyrrhenian seas, the rocky terrain, as varied as a graph showing many peaks and troughs, is Italy’s most rural region. “Beaches are scented by jasmine, bergamot and Bosnian pines,” appraises Mazzei. “The climate is like Napa: perfect for grapevines, olive and citrus trees, cereals and chillies.” The latter is his favourite ingredient. “I couldn’t live without chillies. Life would be flat and boring. It helps your heart beat and speeds up digestion. Calabresi use chillies in nearly everything – our kids grow up with it.”

Tonight, contrasting sub-zero London, Mazzei will often harness the power of the chilli pepper in a hearty menu designed by his idols, Patrizia and Enzo Barbieri. The owners of a luxurious 40-bedroom hotel, restaurant and spa, where balconies overlook the mountain range at the foot of the Pollino National Park in Altomonte, Cosenza, have flown in to promote, for one week, their territory and its abundance of natural, organic produce. Mazzei says he has admired the Barbieri’s “simple but extraordinary way of making each ingredient count,” ever since he met them as a young apprentice. 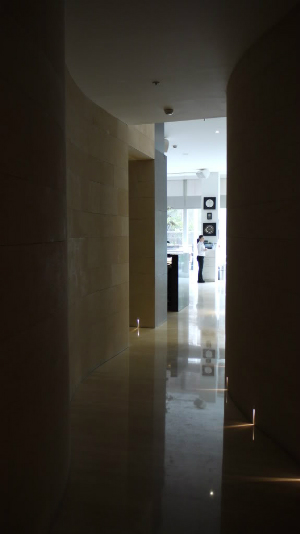 Inside a miniature iron baking pan are baked quails’ eggs, tomatoes and tomato water, topped with Senise peppers from the Pollino park. The final residue of the happy, harmonious and, thankfully, lighter than it looks dish, piqued with spice, are scraped by tears of bread. I learn from the waiter that the satisfying process is known as ‘scarpetta’ (meaning little shoe).

From Mazzei’s wood-fired oven, leg of lamb scented by juniper and accompanied by roast potatoes from the Sila national park and crisped onions from Tropea, known also for its light sandy beach, proves my favourite course of the culinary trip.