Yesterday I was amazed and captivated all at once for the preview of the new Isabella Blow exhibition at Somerset House, “Isabella Blow: Fashion Galore!” – a celebration of the style guru, editor, muse and fashion fantasist’s life via her heart-stopping couture-fest of a personal wardrobe, now owned by another fashion provocateur, Daphne Guinness. 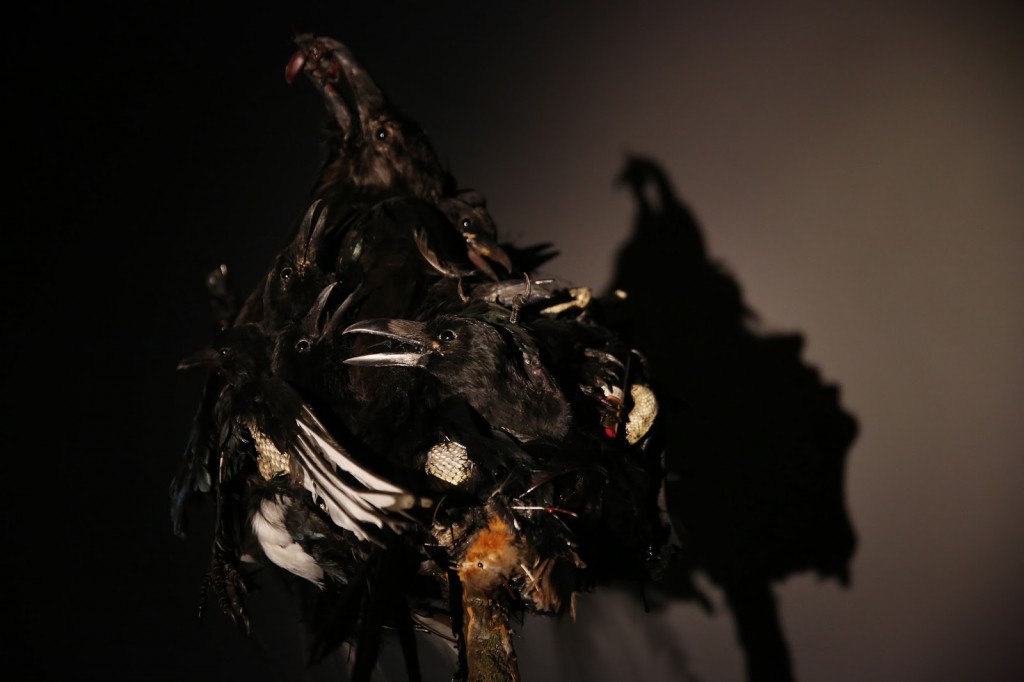 An uninhibited, outspoken, eccentric and outrageous character, Blow was hugely influential and highly respected as one of the leading lights in our industry, discovering, nurturing and fearlessly championing new talent – McQueen, Jeremy Scott, Philip Treacy and Julien MacDonald among her most iconic discoveries.

The exhibition, which charts her life and wardrobe, invites you in with a dark and disturbing yet beautiful sculpture, installation and light projection by Tim Noble and Sue Webster, titled “Isabella Blow”, and then moves into an amazing and eye-seducing collection of garments she wore including McQueen for Givenchy, Philip Treacy and Hussein Chalayan, along with couture by Galliano for Dior, Viktor and Rolf, Junya Watanbe and a shocking pink burka by Jun Takahashi worn to the Dior S/S 2003 couture show as an anti-war protest.

Blow was also a great collaborator, working with many top fashion photographers including Mario Testino, Steven Meisel and David LaChapelle, introducing models such as Sophie Dahl and Stella Tennant on to the catwalk and into the pages of spectacular editorials.
The exhibition features a series of black-and-white images from Vogue and Tatler shoots, including a portrait of Plum Sykes, also discovered by Blow, lensed by Steven Meisel in 1993.

Blow’s voice hauntingly echoes around the exhibition via archive backstage interviews on TV screens and projections, and there is a poignant and spine-tingly ending to the journey, as a film of Alexander McQueen and Philip Treacy’s S/S 2008 catwalk show plays out – a tribute collection to Isabella after her death.

The exhibition is without doubt an outstanding retrospective of Blow as the visionary she was, but it also leaves you with a heavy heart that someone so passionate about pushing the boundaries of convention, who became such a legendary figure in fashion, allowed the dark to overshadow the light, and is no longer with us.
In reflection, as one of the quotes in the exhibition from former Tatler Editor, Geordie Greig said, “She was an academic with a punk rocker’s anarchic sense. Hers was a style of irreverence, in flight from convention.”

Now open to the public from today at London’s Somerset House, the exhibition is a must for any fashion fan, and includes a stunning book – published in association with the Isabella Blow Foundation and Central Saint Martins – which features over 100 colour and black-and-white photographs shot exclusively by SHOWstudio’s Nick Knight, with an essay by The Independent’s Fashion Editor, Alexander Fury.
In homage to the exhibition, filmmaker Ruth Hogben also created a stunning film which features models Anais Mali, Liberty Ross, Alexia Wight and Xiao Wen Ju wearing items from Blow’s wardrobe, all of which are on display. Watch it below.

As Alexander Fury said of the late style pioneer, “Fashion wasn’t a living, it was her reason for living.”
This exhibition proves that in death as in life, Isabella Blow continues to fascinate.

Fashion Galore! runs from 20 November until 2 March 2014, for more information and to book tickets click here.