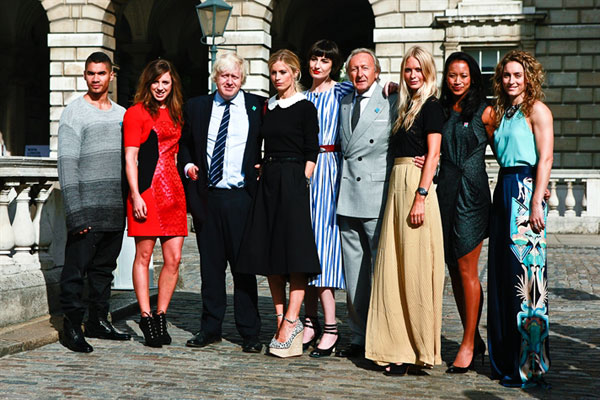 In partnership with the Mayor of London, the BFC and Bazaar Arts Foundation is championing the relationships between designers and visual artists as part of its Fashion 2012 platform, to celebrate the Olympic and Paralympic Games in London.

Part of the London 2012 Festival, which runs from 21st June to 9th September, the project brings together iconic names to create unique pieces of work which will be unveiled on June 27 at a VIP Gala fundraising event at the Old Royal Naval College, Greenwich, later to be displayed at the V&A, with all proceeds going to support emerging artists and designers of the future. The pieces will also be on view to the public at the V&A from July 6-29, and via an installation in Selfridges ‘Wonder Windows’ programme.

Harper’s Bazaar Editor Lucy Yeomans and fashion writer Iain R. Webb will also pen a forward and introduction for ‘Exhibition in a Box’, a book to accompany the V&A display featuring the artists and designers’ sketches and proposals, images of work in progress, specially commissioned portraits of all the participants and a set of posters.

Harold Tillman CBE, Chairman BFC said, “2012 is such a momentous year. The Britain Creates 2012: Fashion & Art Collusion project to celebrate the London 2012 Festival is the perfect opportunity to showcase unique talent within the UK in the creative industries and echoes the special relationships within. The pieces of art and accompanying book will leave a great legacy to reflect on this special year.”