Trending
You are at:Home»The Lifestyle»Fashion»Katewalk: Style News
By Kate Lawson on July 28, 2012 Fashion 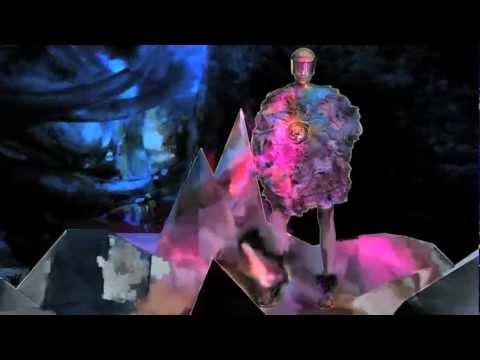 After releasing the AW12 print campaign shot by David Sims recently, (which I revealed to you on my Style blog right here), Alexander McQueen have now released their film campaign, also directed by Sims. The film is a psychedelic, colourful and slightly trippy journey through the new collection featuring model Suvi Koponen and that futuristic visor we all heart, which is now available in stores and on their website. Watch the fashion film HERE. 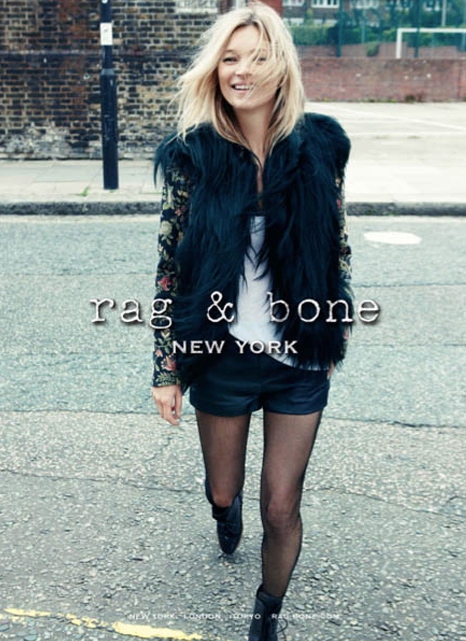 Hipster NYC label Rag & Bone are just so in love with London right now.
Not only are they showing at London Fashion Week in September for the first time, but they’re also opening a store in Sloane Street – and now they’ve enlisted the help of Croydon’s finest, aka, Kate Moss, to star as the face of their latest print campaign.
Shot by Craig McDean, the image captures the effortless urban-cool aesthetic of Rag & Bone and features Mossy just chillin’ up against a wall in a London street. 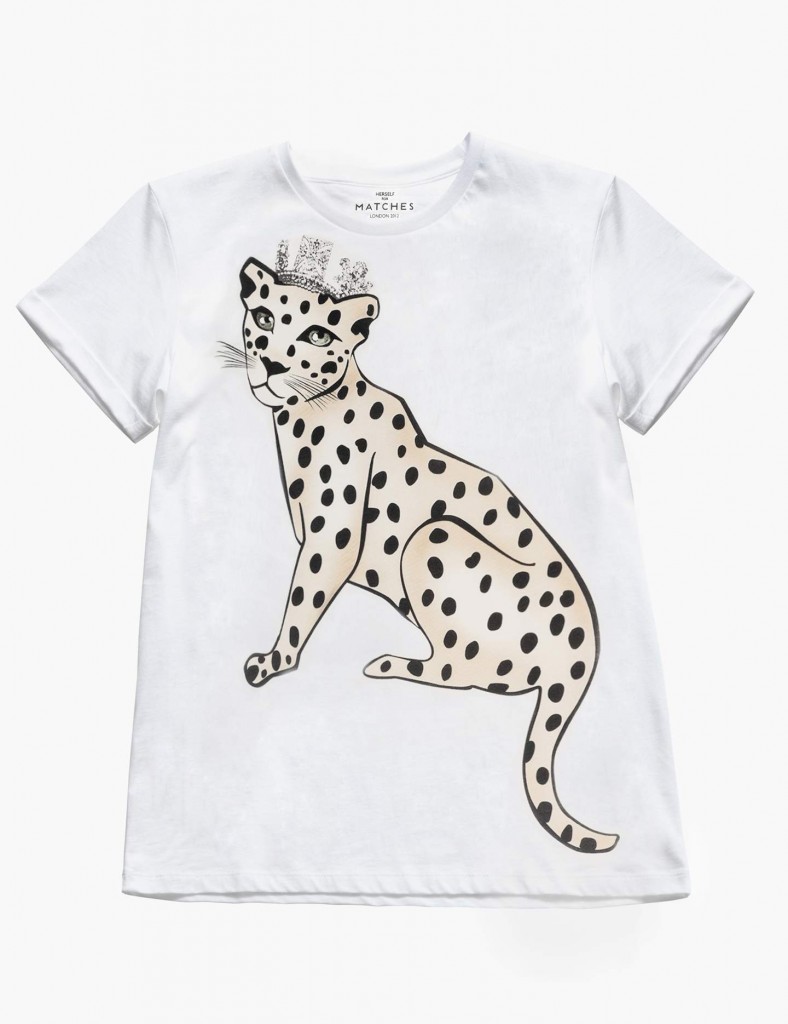 To mark a year of the ‘Best of British’ events, from the Queen’s Diamond Jubilee to London hosting the forthcoming Olympics, Matches has collaborated with The Evening Standard Dispossessed Fund and a host of Brit designers to launch a collection of limited edition T-shirts.

The range of tees are being sold to help contribute towards the funds needed to help people living in poverty and challenging circumstances in our Capital.
Designers taking part include Erdem, Holly Fulton, Richard Nicoll, Roksanda Illincic, Jonathan Saunders, JW Anderson and Mary Katrantzou whose design features a typewriter print, also seen in her AW12 collection at London Fashion Week.

Ruth Chapman, CEO of Matches Fashion, says, “As a London based retailer with a wide range of International clients, we wanted to celebrate London in 2012 and asked some of our most creative and innovative British designers to partner with us on this project, which also gives something back to our city. I’m very proud of this beautiful collection of limited edition t-shirts and that with the proceeds we can support The Dispossessed Fund to fight poverty in London”.

The tees are available now exclusively at Matches stores and online for £60.

US Brand Free People To Launch In The UK 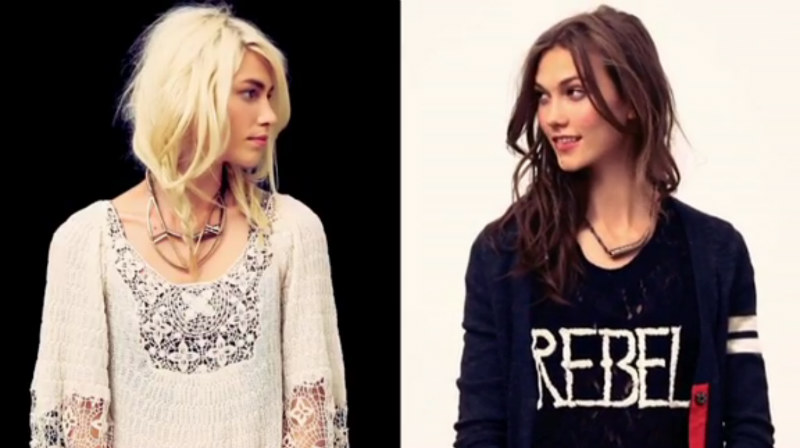 This Autumn US womenswear label Free People is to bring its cool and eclectic mix of spirited styles to the UK (think boho meets edgy), including the launch of a unique collection every month incorporating the latest trends.

Part of the Urban Outfitters group, the brand already has over 60 stores across the pond and has an A-list celebrity following including Heidi Klum and Vanessa Hudgens. The brand’s latest advertising campaign is also fronted by models Karlie Kloss and Aline Weber (pictured above).

The new UK e-commerce website will launch in October 2012 and the range will also appear in various department stores and leading fashion boutiques. To see the latest collection and take advantage of the lower shipping costs to the UK from the .com website (were $35 now $7.95), head to www.freepeople.com 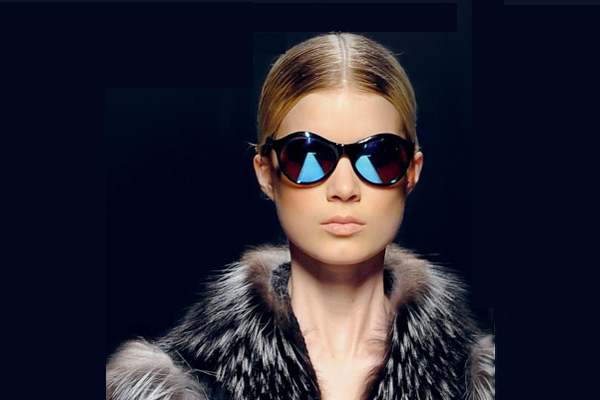 Those statement mirrored shades seen on Alberta Ferretti’s Autumn/Winter 2012 catwalk in Milan earlier this year are now available as part of the designer’s collaboration with cult eyewear brand Cutler and Gross. The eyewear collection features seven different styles in a variety of colours and are priced at £295 and available from all Alberta Ferretti stores. 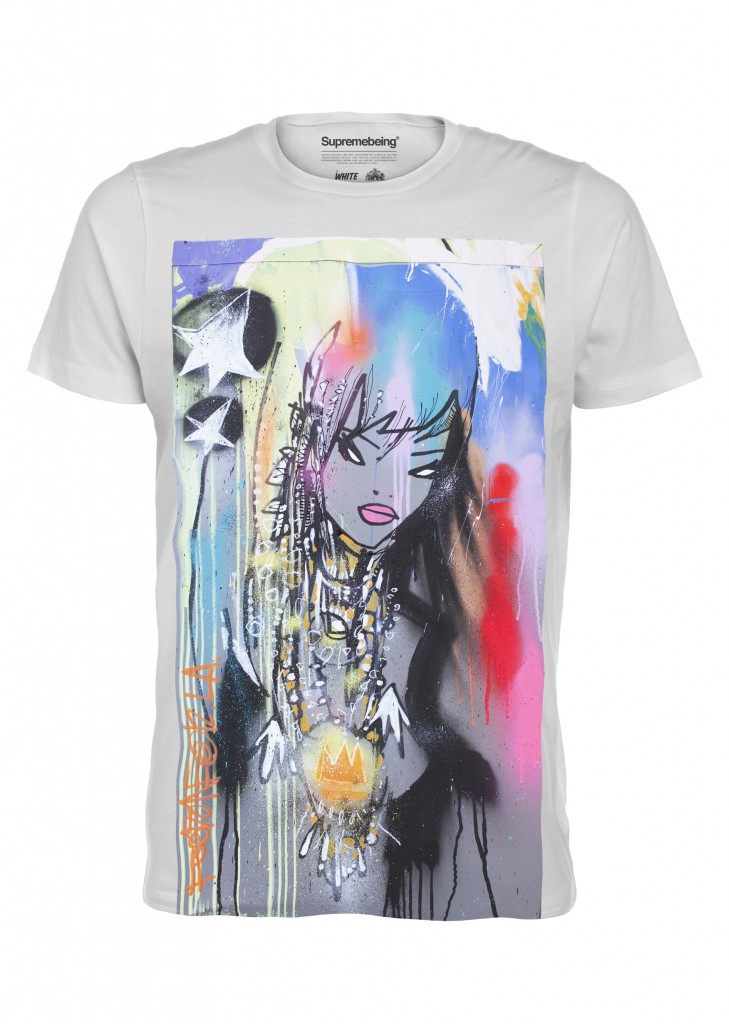 Supreme Being have launched 4 new T-Shirts as part of The White Canvas Project – an artist collaboration series which brings together street artists to experiment with their surroundings and environment as a ready-made and often ignored canvas.

The first event, dubbed the Cam Jam, took place in Cambridgeshire (England), on the banks of the River Cam where a disused boat yard was turned into an artist’s playground for four days. Following that, the event then moved on to Los Angeles, where the iam8bit team collected and transformed local salvage and scrap into fine art, conceptual art, body painting and graffiti art, eventually displaying their reworkings as part of a 5-day exhibition.
The White Canvas Project aims to show that art is not just confined to a wall or a canvas – and as a result of hosting these art jams across the globe, Supreme Being have produced an eclectic range of prints and designs inspired by each event. The latest range of T-shirts by artists Food One, Dave Walker and Memuco are now available on ASOS.com (menswear) priced at £30 each. Shop them HERE.

Fashion On The Go 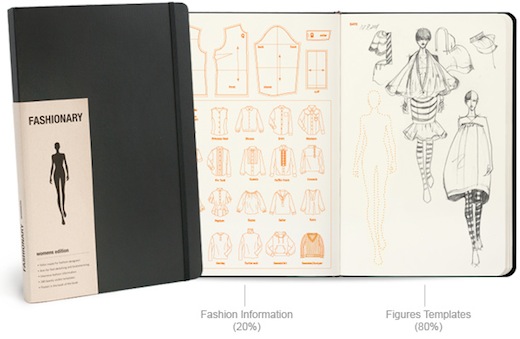 If you’re a designer, fashion student or just dream of being the next Jean Paul-Gaultier or Viv Westwood, then Fashionary was made for you. A brand of notebooks, Fashionary includes a fashion dictionary, 100 pages for sketching, figure templates, measurement tools, a global size guide, 34 pages of detailed fashion information and a brand index.

Retailing at £20, the Fashionary notebooks were available on Amazon but are now out of stock, so head down to the East London store 3939, but be quick!