Trending
You are at:Home»The Lifestyle»Cigars»One Thing Drives Out Another: Introducing Zager & Co
By Nick Hammond on November 28, 2019 Cigars

I HAVE a confession to make.

I have, at times, acted like a Prima Donna.

Not, I hasten to add, on purpose; I don’t have a list of riders as long as your arm and go about demanding ‘do you know who I am?’.

However, when you’re in the media business, which I suppose, in a small way, I am, people get in touch with you occasionally and ask you to do things. Give their events some PR, test drive a product, come to a launch etc. And sometimes, inadvertently, you let them down.

Many a cracking press trip have I enjoyed being given the royal treatment on the back of some publicity and coverage for a person, company, event or product. But you must always fulfil your obligations once the dancing’s done. That’s just how this game works.

Except that life can’t just be one giant junket can it? One can’t eat a press trip, or pay one’s mortgage with it. Which is why sometimes sadly, weepingly, one has to turn down some truly exceptional offers; the sort of thing that would make the average man in the street bark with joy, should it be dangled before their disbelieving eyes. 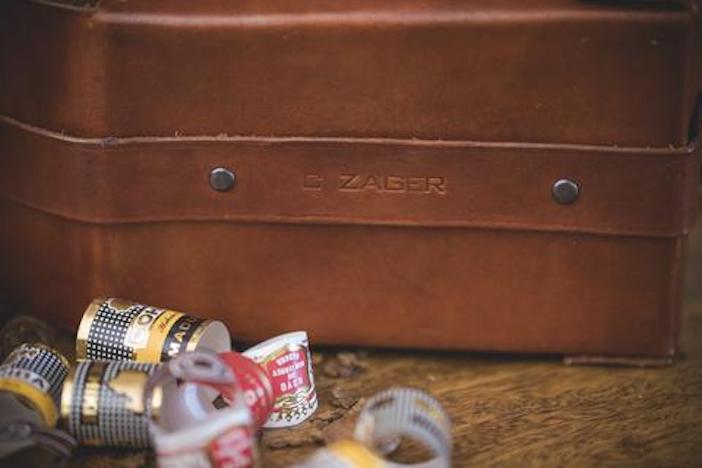 ‘Dear Mr Hammond, we’d like to fly you business class to [insert luxurious destination here], wine you, dine you and generally treat you like a Roman Emperor, while the rest of the simpering fools in the UK crouch and shudder under the onslaught of wintry weather. Interested?’

But occasionally one has to reply – ‘of course I’m interested, but the dog’s having a tooth looked at that day and my eldest is in some dreadful school production (well, she’s not really in it since she’s as good at music as I am at levitation, but it’s compulsory both for the students and the parents) and I also have a big overdraft at the bank, so I think I’m going to have to sadly decline your kind offer.’

And sometimes, companies also just send you stuff, on spec. You’ll open the post and there will be a little (sometimes big) parcel and you’ll think, ‘hello, I don’t remember treating myself to a new toy. What could this be?’

And it could be anything from a bottle of Scotch to a new rubber duck. Believe me.

This brings me around to the reason for writing.

Many, many months ago, I received a package through the post. I unwrapped it curiously. And there lay the most exquisite little leather cigar travel pouch. Exquisitely crafted, including a wooden mould in which to slip three travelling cigars and with beautifully scripted handwriting flowing around one corner, it was a thing of beauty and I was genuinely overjoyed. It was Zager & Co. 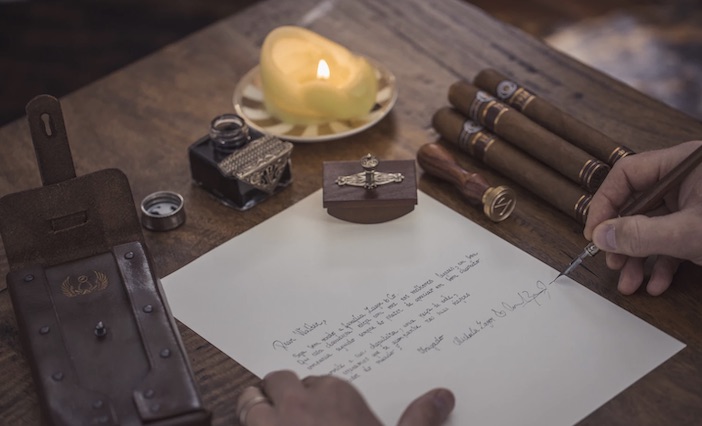 This is an Australian company with a love for cigars. Each individual hide used is sourced from Italy and worked on down under by Michaela and Conrad Zager, cigar-crazy and building a brand the only way they know – with love and a commitment to quality.

So, this is my prima donna moment. I have had, and coveted, and used that gorgeous piece of cigar equipment for a long, long time. And I’ve failed to pay my dues.

But I always pay my dues. 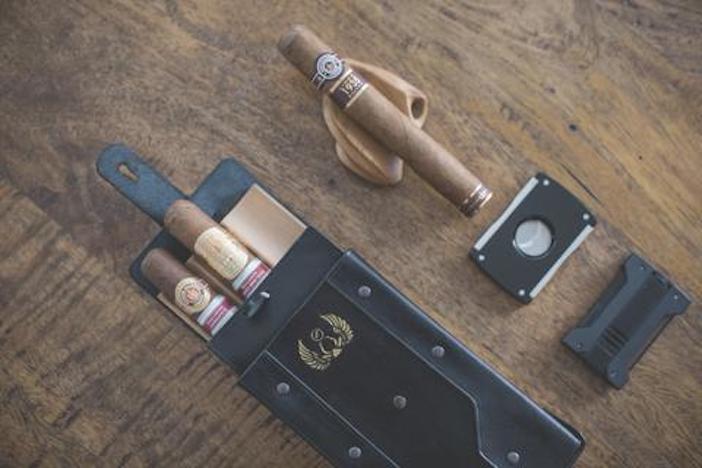 So I write to espouse the values of this fine piece of equipment, that I have since had the opportunity to put through it’s paces on more than one occasion. It’s the sort of thing you might slip into your day bag before you head out, choosing three good sticks to take with you in case the opportunity arises.

There are a couple of little spaces for business cards, jet flame lighter etc, and you can also ingeniously slip a Boveda pack down behind the wooden mould so that your cigars are happy and content in their humidified accommodation.

Thank you to Michaela and Conrad, apologies for the unforgivable delay and congratulations on a beautiful product which deserves every success. Hope to enjoy a smoke with you one day, handed out from my prized Zager possession.

For more information about Zager & Co, including details of their product range, visit www.zagerco.com.