Trending
You are at:Home»The Foodie»Food»Culinary Calendar: February
By Angela Clutton on February 2, 2014 Food

It’s February so that must mean love is in the air. There will be moonlight and music and love and romance. And articles which draw rather tenuous parallels between Valentines Day and, well, pretty much anything else happening this month. So welcome to the February edition of ‘Culinary Calendar’ – looking at some of the great flavour marriages that are around at the moment. 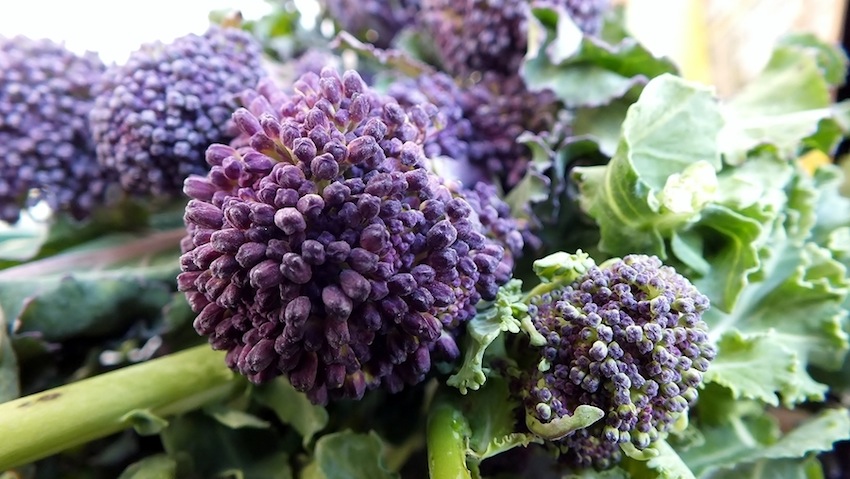 Such as hollandaise sauce and purple-sprouting broccoli. A vegetable seldom associated with romance but which this month gives us a sight more heart-warming than all the pink hearts of Valentines put together. These beautiful sprouting stems are the first real sign your overcoat’s days are numbered. Spring will be sprung. I like to lightly steam or boil the spears until just about done so as to preserve their inky colour. Then envelop them in a beautiful, thick, glossy hollandaise. Lovely for lunch with some good dunking bread. Even better if you add blood orange zest and juice (also in season now) to the hollandaise to make a classic sauce maltaise. The name comes from the Maltese oranges that have a particularly exceptional flavour.

Sticking with blood oranges for the mo as their season is quite short, here’s a reprise of a cocktail that first appeared on these pages last summer. I need to declare an interest in that its creator is my husband. Which means nothing other than I’ve had ample and repeated opportunity to ‘test’ a few of these and can wholeheartedly vouch for them. The champagne does its champagne thing by bringing lightness and fun to the blood orange. The ménage à trois with the gin is where things gets properly interesting. Hendricks is the choice here for its rose and cucumber notes. 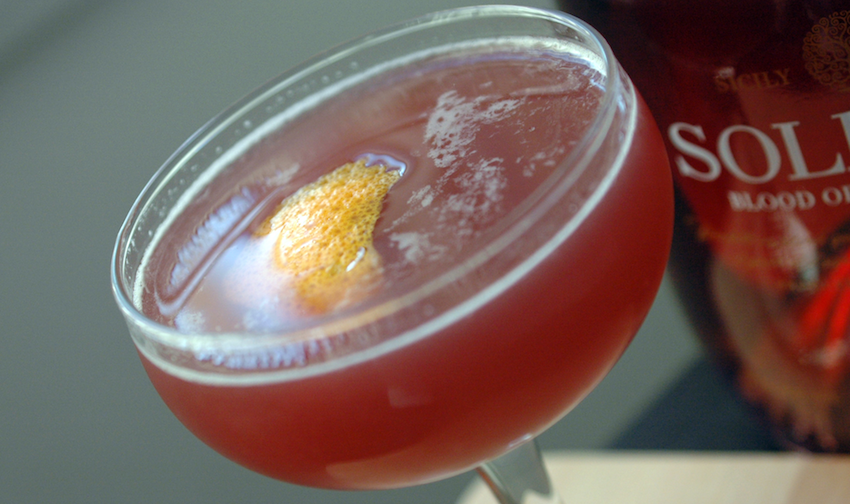 Put two champagne saucers into the fridge or freezer. Whilst they’re chilling pour the following into a cocktail shaker that has loads of ice in it: 30ml Solerno blood orange liqueur, 50ml Hendrick’s gin, 50ml freshly squeezed blood orange juice. Shake it all well, strain between the glasses and top each one with 30ml of champagne. Give it a stir and garnish with a twist of blood orange zest. Yum.

The forced rhubarb that I talked about last month is still very much around in February. It gives us opportunities for enjoying one of the truly great flavour partnerships. So iconic and timeless that Fred and Ginger, Posh and Becks, even Kermit and Miss Piggy have got 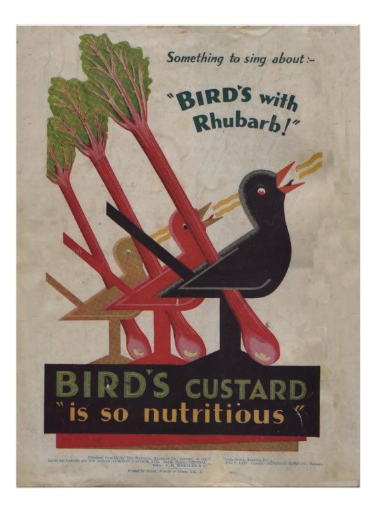 nothing on how well this two-some works: rhubarb and custard. No posh custard here though, please. Bird’s Custard is the thing. Apparently created by Mr Bird in the early 1800s for his wife who loved custard but couldn’t eat eggs. And if that isn’t true love then I just don’t know what is.

It’s worth having a quick google for a recipe that appears on the food blog ‘Eat, little bird’ for rhubarb custard cake. The (Bird’s) custard is baked into the middle of the cake and then sticks of rhubarb are arranged like rays of pink sunshine into its top. That’ll work best with the forced rhubarb that’s in season now as it tends to have a stronger colour than its summer-season counterpart.

I’m going to drag myself away from my seasonal flavour partnership / pseudo-Valentinesy theme to leap ahead right to the end of February. Straight into March, in fact, as Shrove Tuesday falls before the next edition of this column will be out and I just want to say a few words about pancakes.

Cookery references of the 1600s and 1700s give a fascinating insight into the kinds of pancakes that folks were enjoying then. Theirs tended to be made with a batter that carries more flavour than we would usually use now. I like that as a contrast to modern inclinations for ‘interesting’ fillings. Lemon and granulated sugar are surely the only things that should go inside a pancake. But this year how about adding a few drops of rosewater and/or a splash of sherry to your basic batter mix?

The Welsh tradition is for ‘crempog’ – pancakes made with buttermilk and with bicarbonate of soda to give them a lift. Think of an American pancake and that’s close to the idea. Crempog are traditionally piled up on top of each other in a stack that’s held together with lots of butter and jam or syrup or treacle, and then sliced through. 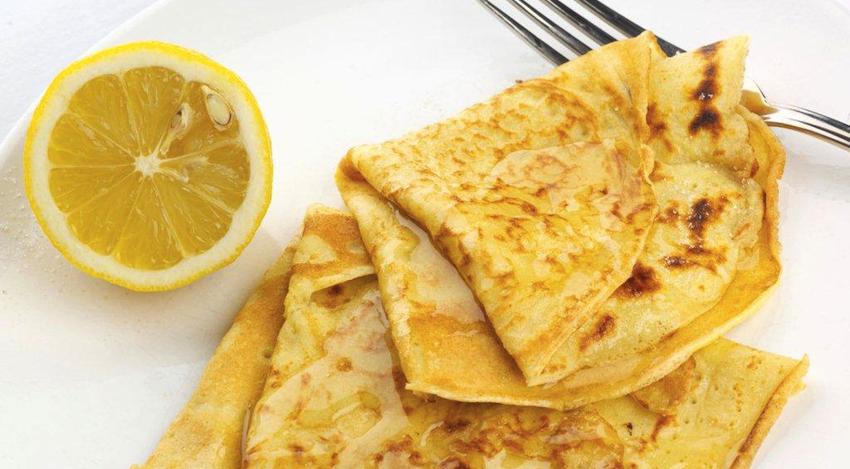 Proper buttermilk is quite hard to get hold of these days. The bottles in supermarkets are usually what they call ‘cultured buttermilk’ and lets just say they’re not quite so natural. You’re probably better off making your own buttermilk by adding 1tbsp of fresh lemon juice to every 225ml of whole milk. 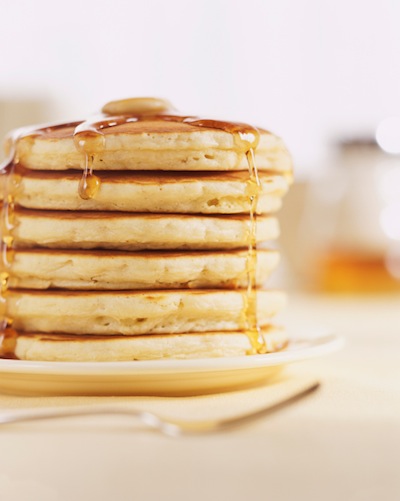 1. Sieve the flour and whisk in the melted butter and then the buttermilk – just enough until you have a smooth batter. Beat the egg and add to the batter. Leave it to stand for an hour or so.

2. When you are ready to start cooking, mix in thoroughly the bicarbonate of soda and the lemon juice.

3. Grease your frying pan with a small knob of butter, get it hot and spoon in a tablespoon of batter for each crempog. Probably three at a time. Cook for about a minute each side until light brown.

Take them out, pile them up with butter and jam/syrup in the middle, and do some more. Keep them warm in the oven as you go and when your stack is as high as you want it, cut and serve.

Shrove Tuesday would, of course, traditionally herald weeks of culinary restraint until Easter wheels around. No fear of that round here. See you next month as I fall head- over-heels for early-Spring’s food temptations.