Trending
You are at:Home»The Foodie»Food»Culinary Calendar: November
By Angela Clutton on November 2, 2013 Food

From sloe berries to roasted chestnuts, Angela Clutton offers her monthly round-up of seasonal delights and, naturally, its November that’s getting the attention…

It’s all Nat King Cole’s fault. About chestnuts, I mean. And the fact we too-often think of them as being something to cook with for Christmas only. Poor old sweet chestnuts seem to suffer from the same affliction that besets many November foods and it’s this: November 6th onwards can sometimes feel like one helter-skelter ride straight into December’s festiveness. That’s a shame. Nature is just about to batten down the hatches but before she does there’s plenty of good stuff to indulge in. 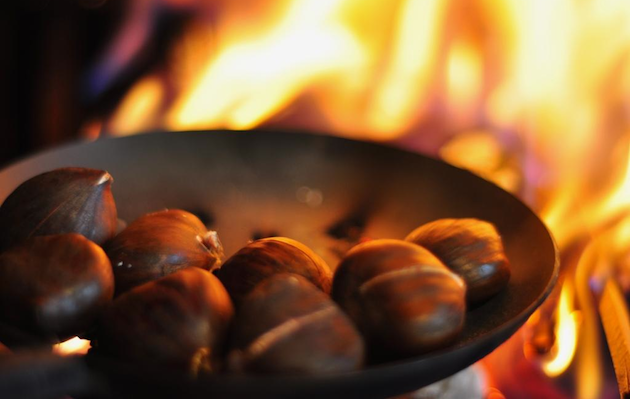 This autumn has been a bumper apple year thanks to the slight craziness of our weather so you should be able to seek out some interesting and tasty varieties. Game is still going strong. The root veg are enjoying their moment of glory and horseradish – which can be tricky to get hold of – is in season now so grab it if you can. How about a mackerel, beetroot and horseradish salad, or maybe a beautiful borscht to brighten a dark evening?

But back to those hard-done-by chestnuts. Nat was right that roasting them is an absolute treat. The smell is incredible. London’s Oxford Street may have long-since lost any romance for me but its roast chestnut sellers have a damn good go at rekindling it. To do your own you really don’t need an open fire. What you do need is a chestnut roasting pan – easy to get online and handily also available in Selfridges for when the walk there has really inspired you to get roasting. They’re like frying pans with holes in to let the chestnuts get some direct heat. 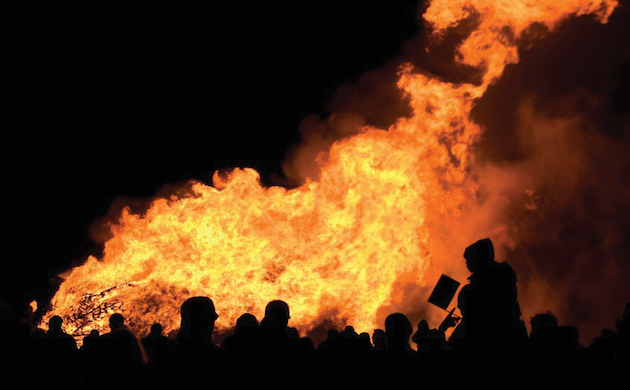 Score a cross into the flat side of each nut before roasting. That stops them exploding and will help you peel the skin away. Jiggle them around for about 10 minutes in the pan over a medium heat, until the skins are nicely charred and starting to open. Tip the nuts into a bowl that’s lined with a cloth, wrap them up to keep them warm as you go, and get peeling as soon as your fingers can bear to touch them. I find a friendly squeeze helps the thick brown outer-shell and its inner hessian-like layer come away to reveal the beautiful nut within. Lovely with salt sprinkled over. And come to think of it another excellent option for a Bonfire Night party.

Brisolée is a speciality of Valais in the Swiss alps. It’s a November tradition of serving roasted chestnuts with young wine, some alpine cheese, sometimes also sliced apples and quince, rye bread and cured meats. That should do very nicely for lunch. So much so that I might yet take to calling my chestnut pan a ‘brisoloir’ like they do there and see if it catches on. 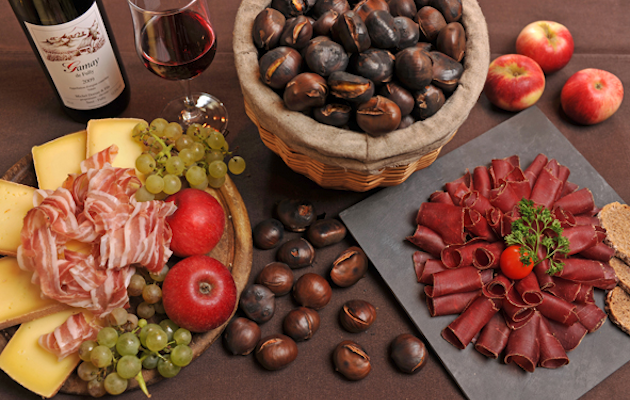 If you’re going to cook with the nuts – rather than eating them straight away – then boiling them just long enough to be able to get the skins off is the way to go. Score the skin first and give them about 12 minutes in salted boiling water. Test one to check they’re peel-able. Chestnuts are tricky sods at the best of times and a real fandango if you take them out of the water too early. For cooking purposes you might well be better off buying the pre-peeled vacuum-packed ones and enjoying one of the best flavours of the season that way.

Sloe berries are another November treat. Our mild autumn has meant that they’re still around on bushes and probably will be well into the middle of the month. I don’t have any sloes near me so this year I’m relying on Ebay’s farmers for a stash of berries that can be used in a version of Black Cap steamed pudding or in Adele Nozedar’s delicious-sounding sloe gin, caramelised apple and sloe pudding from her ‘The Hedgerow Handbook’. 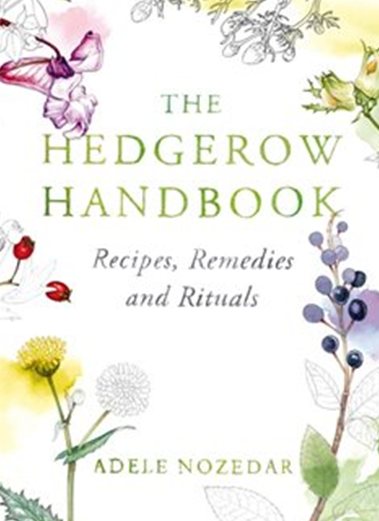 It was inevitable, wasn’t it? That any mention of sloes would lead to sloe gin? Great to drink, of course, but also to cook with. What with the sloes and then the herby, spicy, botanical-ness of the gin it has a lot of flavour to give and can add an interesting burst of autumn to lots of dishes. Gin means juniper, remember, and juniper berries have their season round about now. I know the dried ones are around all year but juniper’s piquancy – however you have it – is somehow even better in autumn.

Try pouring some sloe gin over a joint of lamb as it goes into the oven. Roast plums in it and serve with ice-cream for a great dessert. I think it works well as the booze in trifle. In fact, at this time of year it’s worth thinking about using sloe gin whenever a recipe calls for soaking fruits in booze.

Homemade sloe gin is essentially sloes added to gin (possibly with almonds too) which is then left for several months, strained and left again. Easy-peasy but no help whatsoever when I need an immediate sloe-gin hit. That’s where Williams Chase ‘Sloe and Mulberry Gin’ comes in. A new favourite not just for its depth of flavours but also for the addition of mulberry which means even I can’t feel guilty at not making it. Mulberries are seriously tricky to come by.

This side-dish of red cabbage cooked with chestnuts and sloe gin is a vibrant forkful of November.

Melt the butter in a large, shallow pan. Stir the cabbage in until it becomes glossy and starts to wilt. Pour over the gin, sprinkle over some salt and pop the lid on. Leave for about half an hour giving it a stir every so often. If it’s looking dry add some water. Whilst that’s going peel the chestnuts as above. Add to the cabbage with the vinegar and give it all another 15 minutes.

The chestnuts, cabbage, berries and mellow spiciness from the gin combine to make this terrific with the season’s game meats. But because of chestnuts’ particular affinity with pork – think of those clever Valaisians with their brisolée and the parma pigs who are fed on chestnuts – I think this is best of all with some roasted belly and crackling. 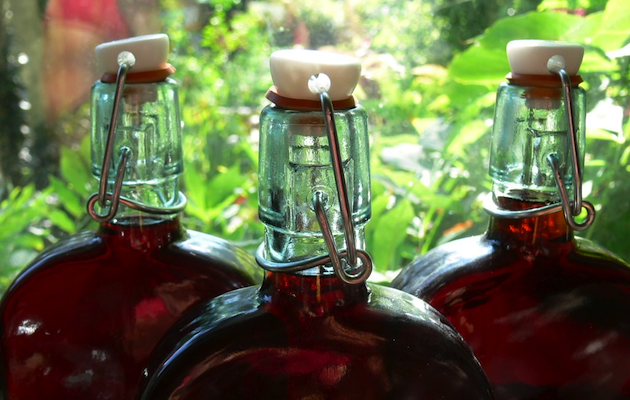 By the end of the month it really is time to start limbering up for the serious business of Christmas cooking with the fruit cakes and puddings that if made now will just get better and better over the next few weeks. Hmm – dried fruits needing to be soaked in alcohol, eh? Sounds like time to grab the sloe gin again.